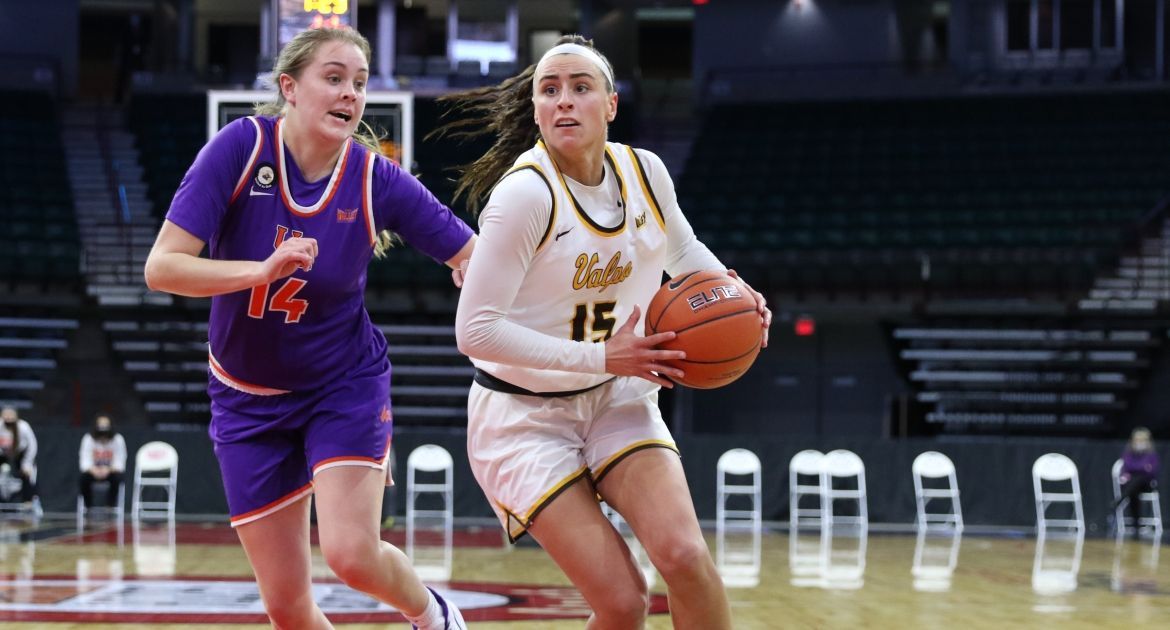 Valpo women’s basketball junior Carie Weinman (Glenview, Ill./Glenbrook South [Denver]) picked the perfect time to drop a new career best in the scoring column, pouring in 28 points on Thursday to lead the way as seventh-seeded Valpo defeated tenth-seeded Evansville, 65-52, in the opening round of Hoops in the Heartland. With the win, Valpo advances to face second-seeded Drake on Friday evening at 5 p.m.

Valpo (12-12) turns around to face second-seeded Drake on Friday evening at 5 p.m. in Moline as it attempts to advance to the semifinals of Hoops in the Heartland for the first time. The game can be seen live on ESPN+ and heard live on WVUR (95.1 FM, Valparaiso), with links for all the live coverage available at ValpoAthletics.com.