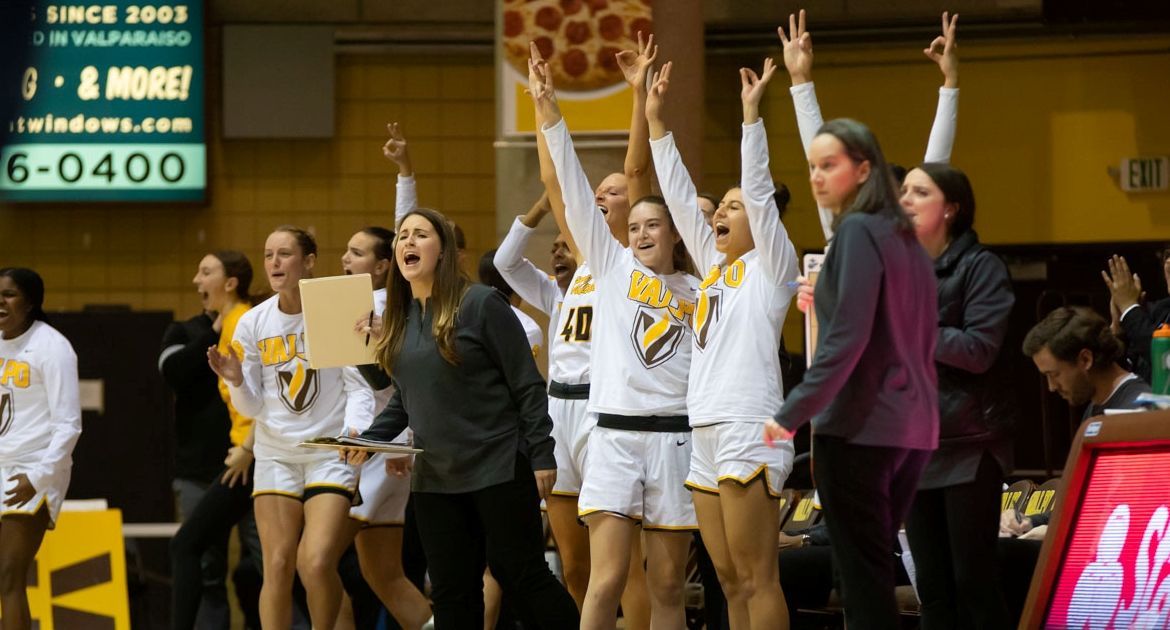 The Valpo women’s basketball team stood toe-to-toe with one of the nation’s top teams Wednesday night at the ARC, leading #22/23 Notre Dame into the second half before the Fighting Irish pulled away late for a 73-56 victory. Shay Frederick (Greenville, Wis./Hortonville) led the Valpo offense with a season-best 19 points.

Valpo (0-8) faces a quick turnaround, as the Beacons fly to the Mount Rushmore State on Thursday evening ahead of a Friday night game at South Dakota. Tipoff Friday is slated for 7 p.m.