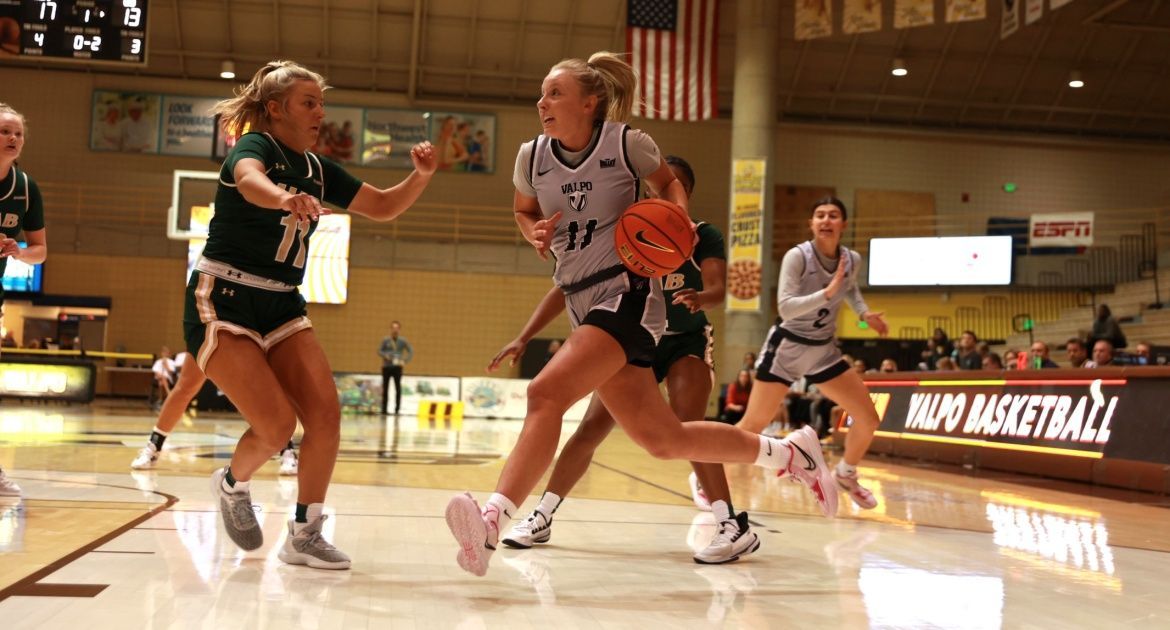 Valpo women’s basketball freshman Ali Saunders (Depauw, Ind./North Harrison) capped a record-setting night with a drive and score with just over eight seconds to play in overtime Monday at the ARC against UAB, setting the stage for a potential second extra period, but the Blazers raced the ball down and scored with 3.3 seconds to go, delivering a heartbreaking 83-81 defeat to the Beacons. Saunders’ final basket gave her 32 points on the night, a new program record for freshman scoring in a single game.

Valpo (2-2) goes on the road for just the second time this season on Sunday afternoon when the Beacons make the trip to Evanston for a Big Ten battle at Northwestern at 2 p.m.