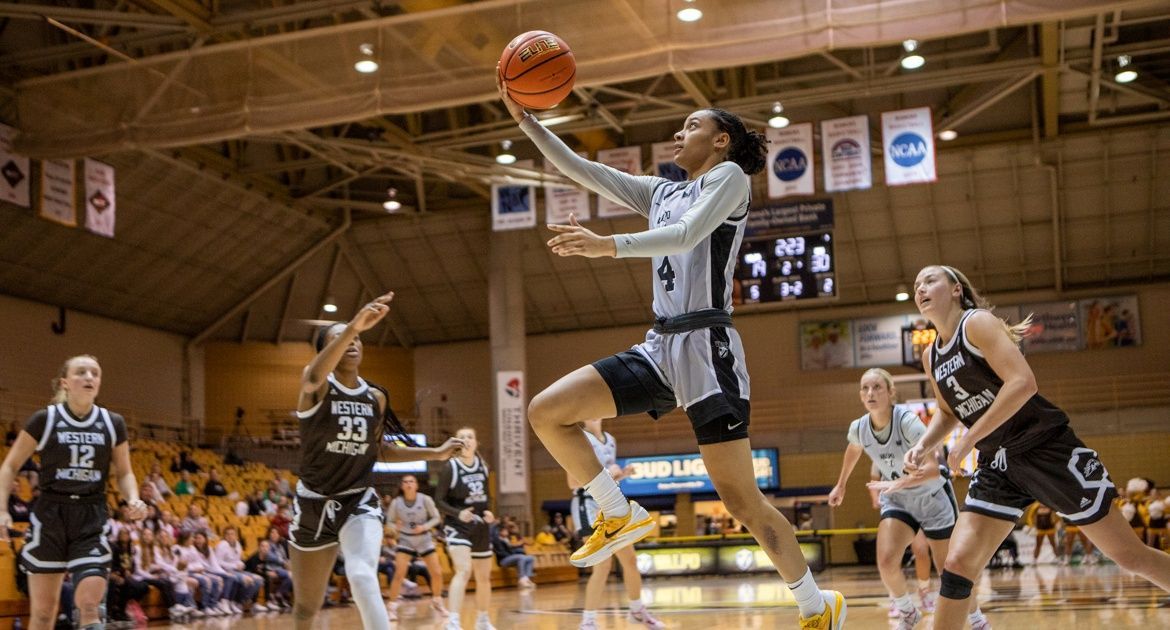 The Valpo women’s basketball team battled back after falling behind with a tough offensive start to Wednesday night’s game at the ARC against visiting Western Michigan, but the Beacons were unable to complete a comeback, falling to the Broncos by a 68-62 final.

Valpo (2-5) will aim at snapping its losing streak with one final game before final exams, as the Beacons hit the road to play at Western Illinois Friday evening at 6 p.m.