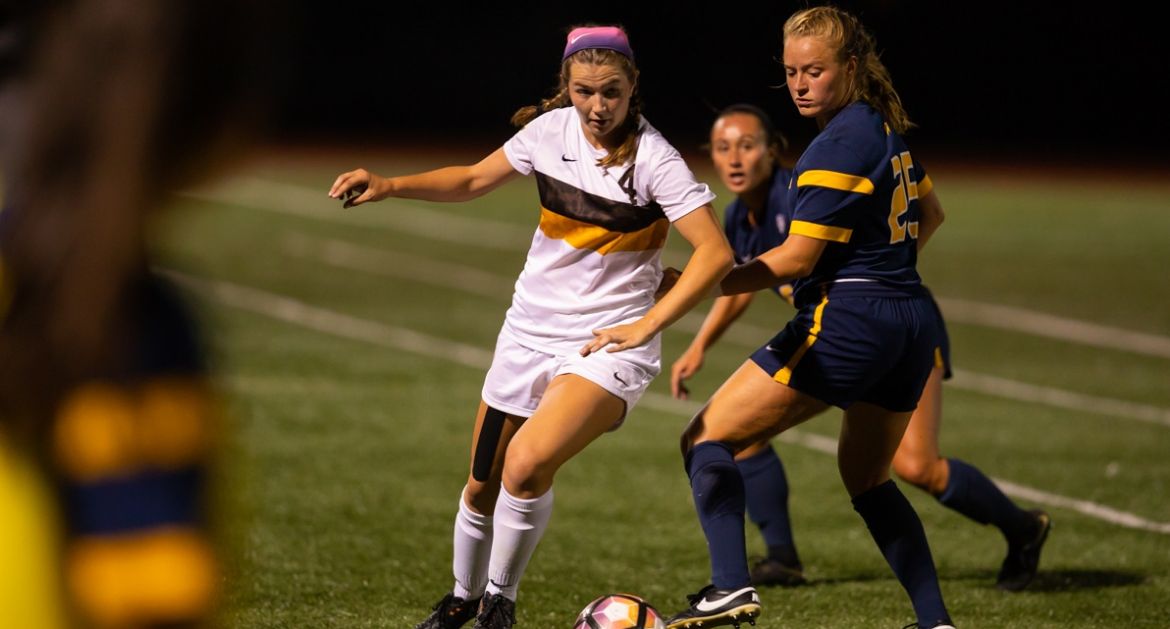 For the second straight match to open Missouri Valley Conference play, the Valparaiso University women’s soccer team came out on the wrong end of a 1-0 decision, this time falling by one goal at Evansville Saturday night.

“This was a difficult result for us tonight on the road. I liked how we responded in the second half after giving up the goal late in the first half.”

“We challenged their goalkeeper, and unfortunately for us, she was up to the task. We continued to push and got ourselves a PK, but weren’t able to tie the match.”

“This is The Valley every night – tough, fast, physical battles that can go either way.”