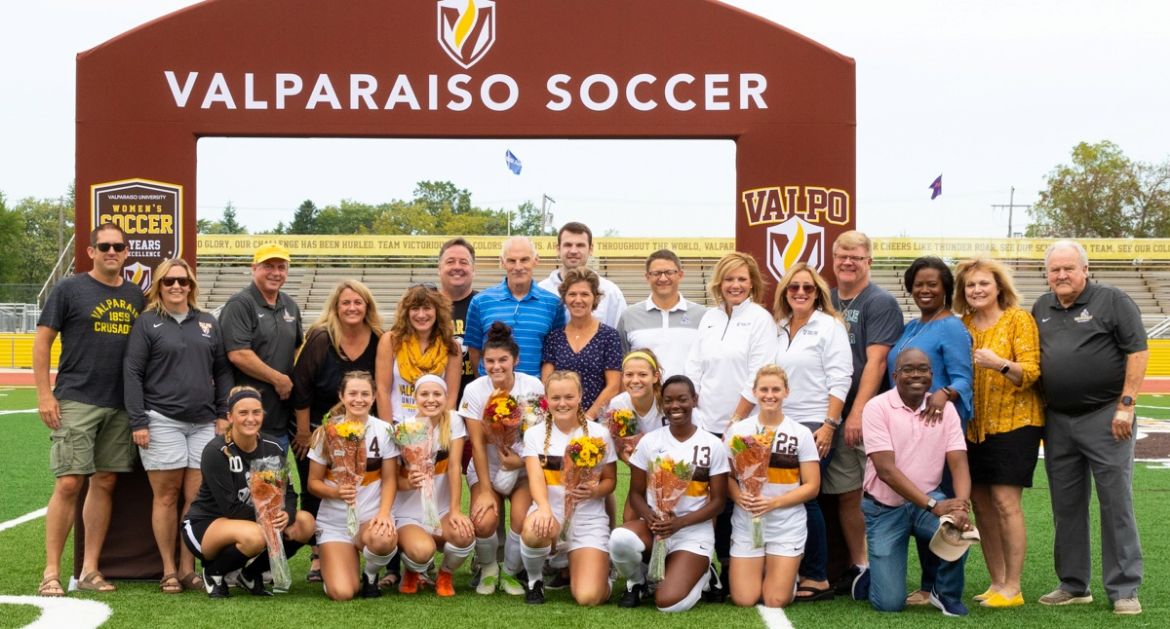 Eight Valpo seniors were honored prior to the match.
IUPUI at Valparaiso | September 15, 2019

The Valpo women’s soccer team celebrated Senior Day Sunday at Brown Field and jumped out to a lead less than 10 minutes into the contest, but visiting IUPUI leveled the match minutes later and the Jaguars added two more goals as Valpo dropped a 3-1 decision.

“I felt like we put a lot together today and looked more like the team we are becoming, and the end result isn't necessarily indicative of that.”

“For me, looking at our team, our program right now is like looking at a foundation or an iceberg - if you look just at the surface, you're missing a lot of what's going on. This team is about what's growing underneath, and if you've watched us play from the start of the season until now, you've seen that we've got a lot of good things going on.”

“I thought it was probably Maria's best all-around game - she was absolutely outstanding, battled for a full 90 minutes in the midfield in a physical game, challenging for headballs and winning those headballs. I was really impressed with her performance. Tahelah gave us some extended minutes today, and is really starting to look more comfortable. All our seniors gave us everything they could possibly give today, which is all you can ask of them - they battled throughout and worked really hard, and I'm proud of them.”

Valpo (0-7-1) hosts its final non-conference home match of the year Friday evening as Colorado State comes to Brown Field for a 7 p.m. kickoff. The match can be seen live on ESPN+.