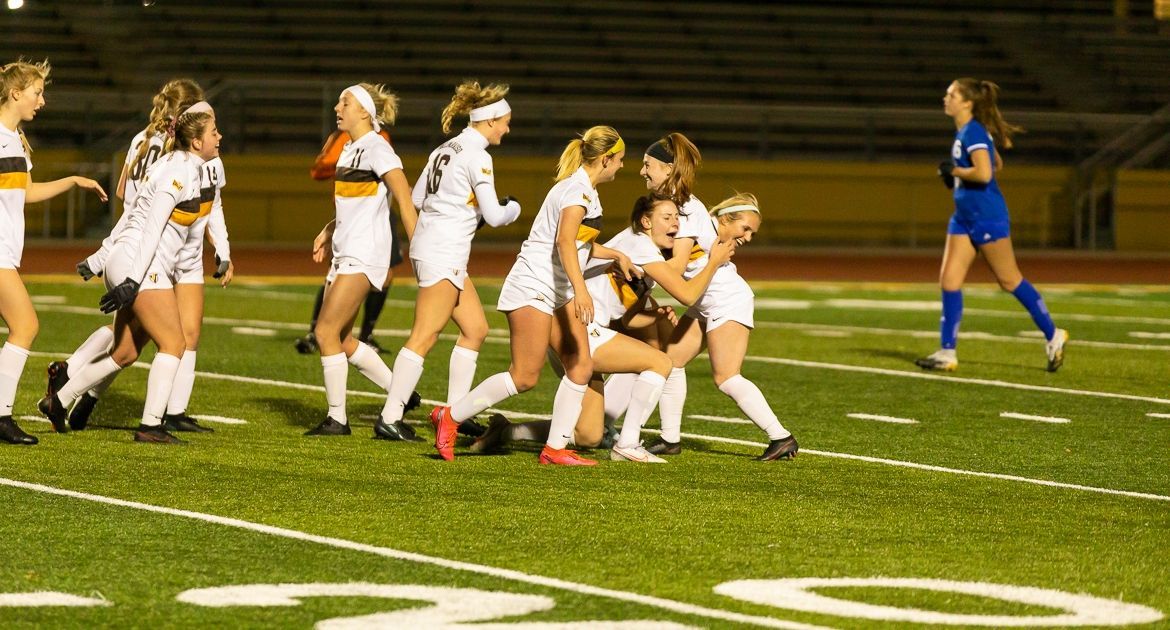 The Valpo soccer team picked up another point in Missouri Valley Conference action on Friday evening at Brown Field, peppering 15 shots on goal in a 1-1 double-overtime draw with Drake.

“So many times, we are so results-driven, we don't look enough at the process. Tonight, there were so many positives with our process.”

“We came out tonight and had a specific tactical plan to deal with Drake's formation. I really liked how our players stuck to our plan, kept our compactness and made the game what we thought it would be over the entire 110 minutes. That is great progress, to stick to our plan and not stray away at any point.”

“I was really excited with the rhythm we found in the second half. If we lost the ball, we kept our shape and didn't over-run our challenges. We kept winning those balls over the top, which allowed us to continue with possession and give ourselves chances.”

“We have to hold ourselves accountable for our finishing - we have to be better in the final third. But you look at the numbers: 24 shots, 15 of those on goal and a crossbar - that shows great progress for this young group.”

“I thought Keegan was very good tonight at outside back for us. Peyton was very good in dealing with the shape we were going against as well. I also was really proud of Chase today - she stepped in, played heavy minutes and had a great performance. She grew as a player tonight tremendously. We've seen this now every week, somebody different stepping up and growing as a player, which is only going to help our group moving forward.”

Valpo (2-2-3, 1-1-2 MVC) returns to the road for the first time in nearly a month next week as it makes the trip to Evansville for a Wednesday evening match. Kickoff is slated for 6 p.m., and the match is scheduled for broadcast on ESPN3.