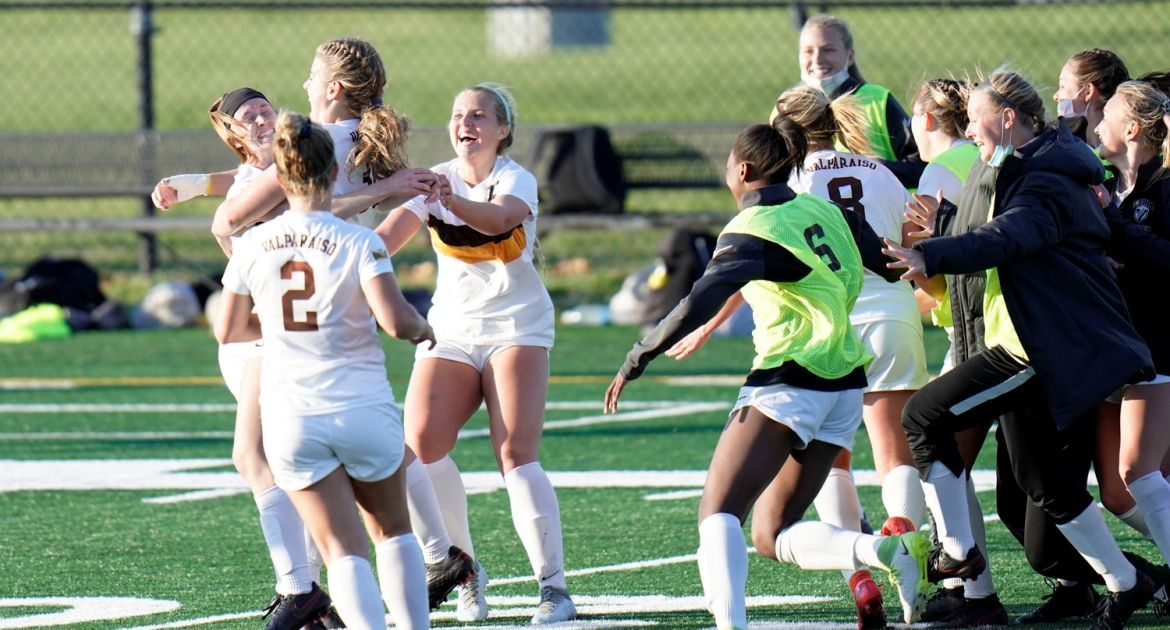 The Valpo soccer team is one step away from winning its first Missouri Valley Conference championship, as freshman Lindsey Dusatko (Plainfield, Ill./North) found the back of the net in Wednesday’s MVC semifinal match at Indiana State with just over a minute left in extra time to give Valpo the 1-0 victory on the golden goal. Valpo will play at Loyola Sunday afternoon for the championship trophy and the conference’s automatic bid to the NCAA Tournament.

“I just think this tournament is a testament to our players who have been working since August. In such a tough and difficult year, they just keep battling. We talk about our program and the shield standard and family - the reason our players pulled this out today is because they believe in that, they live it out every day, and that's why they got the result in the end.”

“Something I saw the last two days was what I saw going into extra time today - it was just excitement. I don't think there were nerves - we wanted to be strong and powerful and brave, and we performed that way. We said going into overtime - we've been in this situation, we've played plenty of overtimes, let's actually get a winner in the run of play so we can go tackle the person who scored. Today, Lindsey was the person who got the last touch on it, but at the end of the day, there's 27 people in that locker room who made this happen.”

Valpo (5-3-5) heads to Loyola Sunday to take on the top-seeded Ramblers in the MVC Championship title match. Kickoff is slated for 1 p.m., and the match can be seen live on ESPN+.