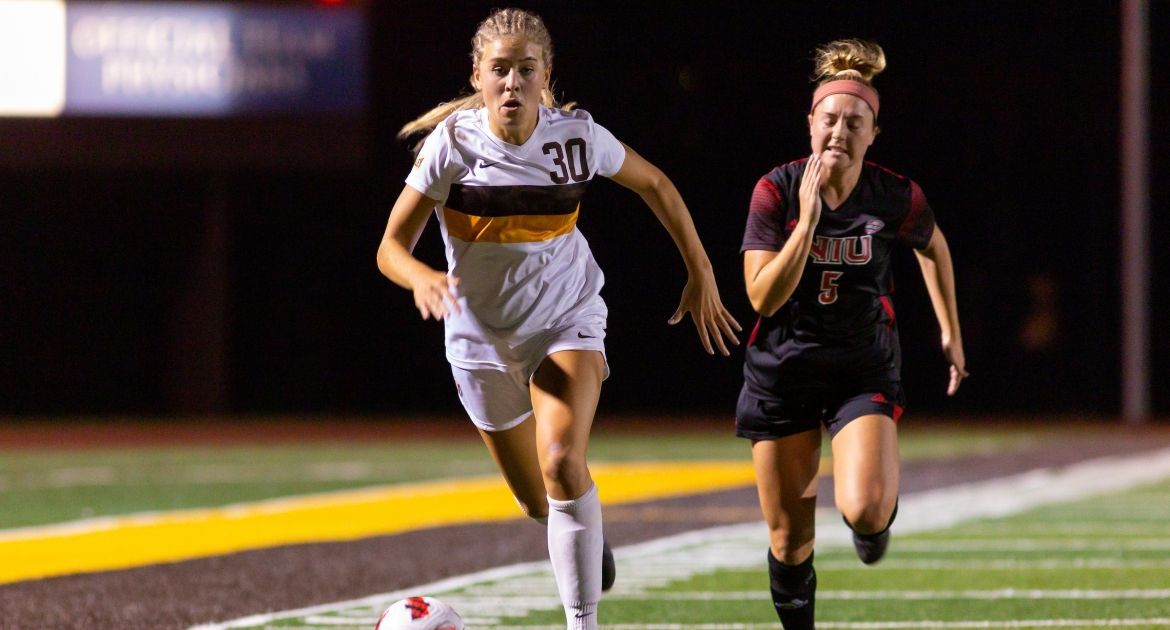 Extra time in Terre Haute. Last spring, it was the MVC Tournament semifinal match. Today, it was a regular season matchup. In any case, the result was the same — a golden goal from sophomore Lindsey DuSatko (Plainfield, Ill./North) to give the Valpo soccer team a victory at Indiana State. Friday’s match-winner gave the Beacons all six points from their first two MVC matches of the season.

“Tonight was a great road win in the Valley — anytime you can get points on the road, especially all three, it’s fantastic.”

“On our goal, what a big play by Nicole. She stepped to the ball, read the game excellently, took it and cut back inside at the defender to create a 2-v-1 to get the ball to Dana. Then Dana, with her left foot, drives a ball across the box and Lindsey puts it away. It was exactly how we talked about how we would score tonight in those moments, and the play from Nicole, taking the ball centrally, made that play happen.”

“Everyone contributed to creating a different rhythm to the game after halftime, and that is what we needed to get a result here on the road tonight. It was a fantastic job by our entire group, and I continue to love how we grow and how we develop in how we want to play.”

Valpo (5-4-1, 2-0-0 MVC) will take aim at a third straight victory to open the MVC slate on Wednesday evening at Brown Field when it hosts Southern Illinois. Kickoff against the Salukis is slated for 7:30 p.m., and all the action can be seen live on The Valley on ESPN.