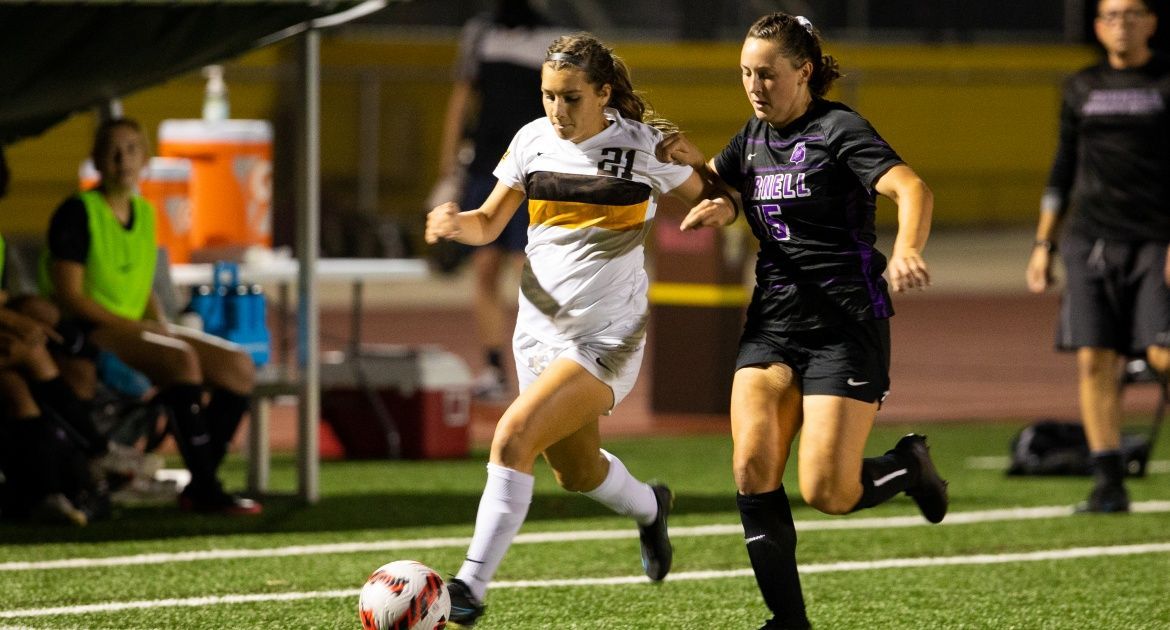 Lauren Cook played 14 minutes in her return to her home state Friday.
Valparaiso at Colorado | August 26, 2022

Facing its first nationally-ranked opponent in seven years, the Valpo soccer team settled in after a tough start to the match, but the Beacons were unable to make any headway in the scoreline as #25 Colorado earned a 3-0 victory on Friday afternoon in Boulder, Colo.

“The first 12 minutes were a bit rough — we didn't settle into the game quickly. We gave away two set pieces, allowed goals which were preventable, and put ourselves behind the eight ball.”

“After the second goal, we really responded well. We settled into the game and did a lot of really good things, which showed up in the shots we created and the possession we had. We were able to break Colorado down and had solutions to their pressure. The last pass into the final third was just a bit off.”

“I’m super proud of the team. We put ourselves in a bad situation to start the game, but after that, we represented really well. We played some nice soccer.”

“Thanks to all the fans who came out today — families, alumni, supporters. I’m so proud of the Valpo family, they were loud and proud today, and that shows how much impact our program has on people, which is what it’s about.”

Valpo (1-1-1) concludes its two-match swing through the Centennial State on Sunday afternoon with a 1 p.m. CT kickoff at Northern Colorado. The match can be seen live on ESPN+.