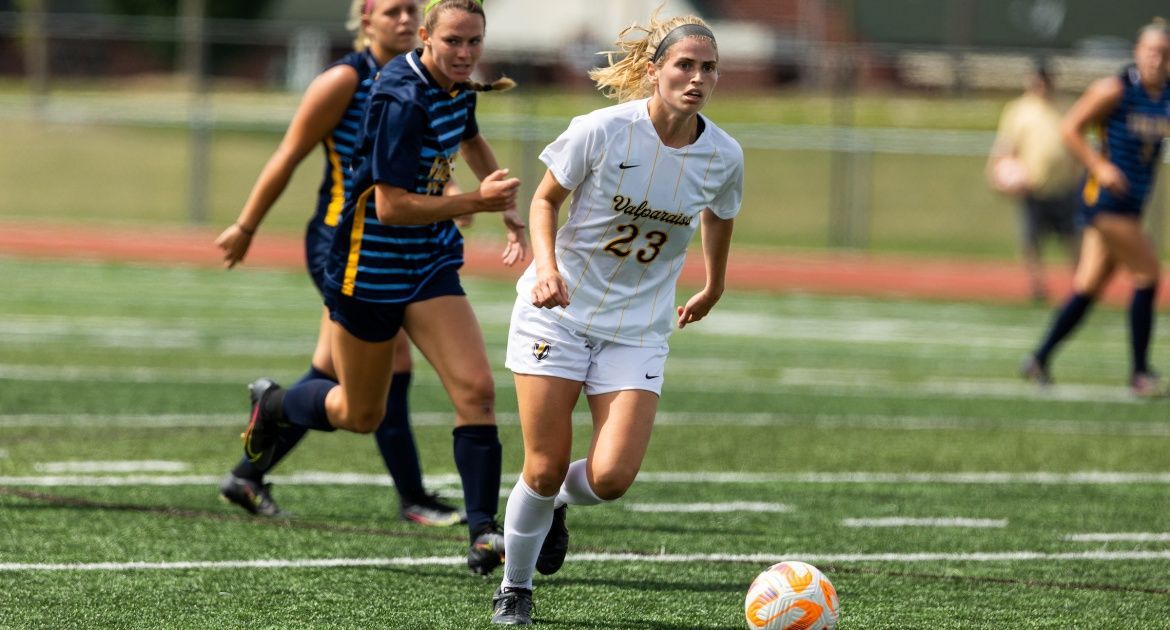 Despite dominating the box score, the Valpo soccer team was unable to come away victorious in nonconference action Friday night at Brown Field, falling 1-0 to visiting Purdue Fort Wayne on a goal in the 65th minute.

Valpo (1-4-2) will host its annual Senior Day match at Brown Field on Sunday when Bowling Green comes to town. Kickoff is set for 3 p.m., with the match set for broadcast on ESPN3, while the Senior Day ceremony will take place at approximately 2:45 p.m.