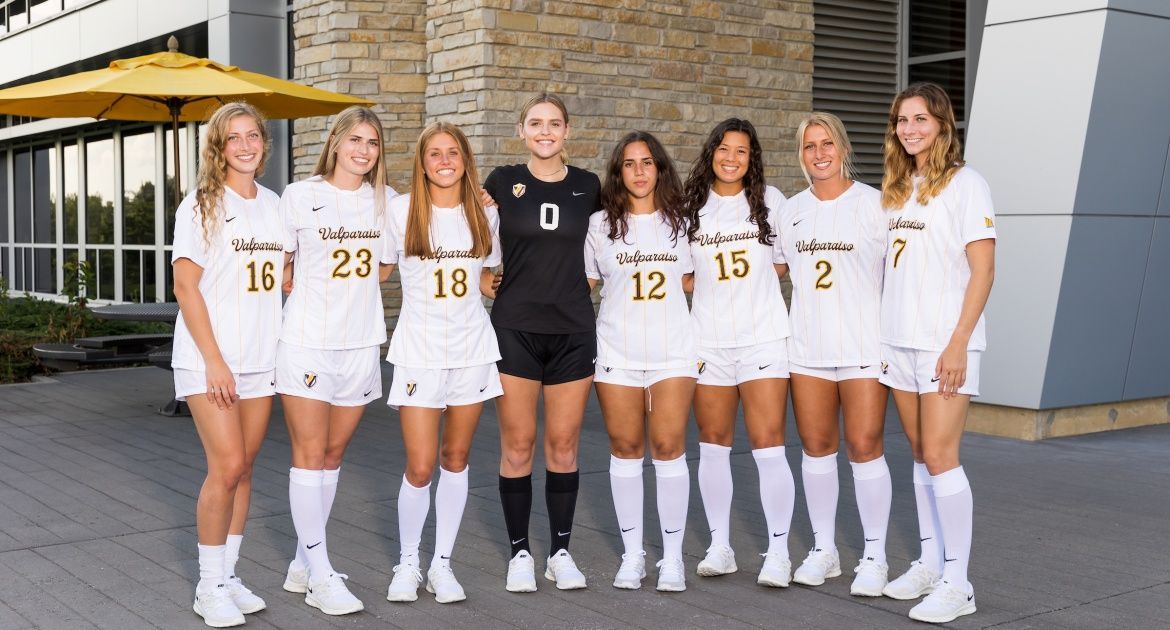 Next Up in Valpo Soccer: The Valpo soccer program has one last weekend to prepare for MVC play, closing out the nonconference portion of the schedule with home matches Friday versus Purdue Fort Wayne and Sunday versus Bowling Green. The latter match will serve as the team’s Senior Day, as the Beacons will recognize their senior class prior to the match.

Previously: The Beacons dropped a pair of matches last weekend, falling 2-1 to Chicago State and 3-0 at Ball State.

Looking Ahead: MVC play begins for Valpo on the road at UNI on Saturday, Sept. 17.

Head Coach John Marovich: In his 15th season at the helm of the Valpo program, John Marovich holds a 114-108-40 (.511) record both overall and at Valpo as a head coach. The 2014 Horizon League Coach of the Year, Marovich holds Valpo’s all-time records for both victories and winning percentage.

Series Notes: Purdue Fort Wayne - Despite never sharing a league with Valpo, the Mastodons are one of the program’s most common opponents of all time. Valpo holds a 13-4-1 advantage in the all-time series, but has lost the last two matchups, most recently a 2-0 loss in Fort Wayne in September 2019.

Bowling Green - Valpo trails the all-time series with the Falcons, 2-5-1, and has lost the last two meetings. The last matchup was a 2-0 win for BGSU in Bowling Green in August 2019.

Scouting the Opposition: Purdue Fort Wayne - The Mastodons, who were picked to finish eighth in the Horizon League preseason poll, sit at 2-2-2 to date, most recently falling 2-1 at Southern Illinois. Mackenzie Evans has netted four of Purdue Fort Wayne’s eight goals, while Samantha Castaneda has played nearly every minute in goal and owns a 1.18 GAA.

Bowling Green - The Falcons, who received six of 12 first-place votes and were chosen second in the MAC preseason poll, are currently 1-2-1 on the season and will enter Brown Field off of a 1-0 win last time out over Detroit Mercy. BGSU has netted just two goals in its first four games, but has taken on Michigan State, Cincinnati and Tennessee prior to its win last time out.

Celebrating the Seniors: Valpo will recognize the seven members of its senior class prior to Sunday’s Senior Day fixture against Bowling Green: Georgia Henkel, Natalie Graf, Kiley Dugan, Elizabeth Park, Nicole Norfolk, Abbey Hillman and Allie Anderson. Since moving Senior Day in 2013 to a non-conference home match, usually the final one on the slate, Valpo has posted an 8-1-0 record in Senior Day matches.

Joiner Just Scores: Sophomore Addy Joiner opened her account for the 2022 season last Friday against Chicago State with a well-struck shot from distance in the 74th minute against the Cougars. Joiner now has four career goals after tying for second on the team with three goals last season as a freshman.

Finding the Scoresheet Again: Sophomore Dana Fish tied for second on the team as a rookie last season with a trio of goals over 12 appearances as a reserve, and picked up right where she left off Aug. 28 in her second match off the bench this season. Fish entered the match at Northern Colorado in the 28th minute and headed home a corner kick from Allie Anderson 13 minutes later. Last year, Fish’s first goal started a stretch where she picked up three goals and an assist over a four-match span.

The First Time: Freshman Molly O’Rear was the lone Beacon to make her debut in a Valpo uniform in the season opener at EIU, as she started and played all 90 minutes. Against YSU, sophomore Sam Gountounas made her first career start, while freshman Sarah Epstein came off the bench for her collegiate debut and transfer Andrea Garcia saw her first regular season action at Valpo. Sophomore Emma Morrison made the first start of her collegiate career at Colorado. Last weekend, sophomore Dana Fish made her first career start against Chicago State and freshman Kylie Schiemann made her collegiate debut off the bench in that fixture, while freshman Kennedy Hill made her debut off the bench late in the match at Ball State.

Always in the XI: Three players started all 18 matches for Valpo a season ago: Kiley Dugan, Nicole Norfolk and Abby White. White did not play last Friday against Chicago State, snapping a string of 22 consecutive starts to begin her collegiate career. In their fourth season in the Valpo uniform, Dugan and Norfolk have both started all 56 matches since stepping on campus.