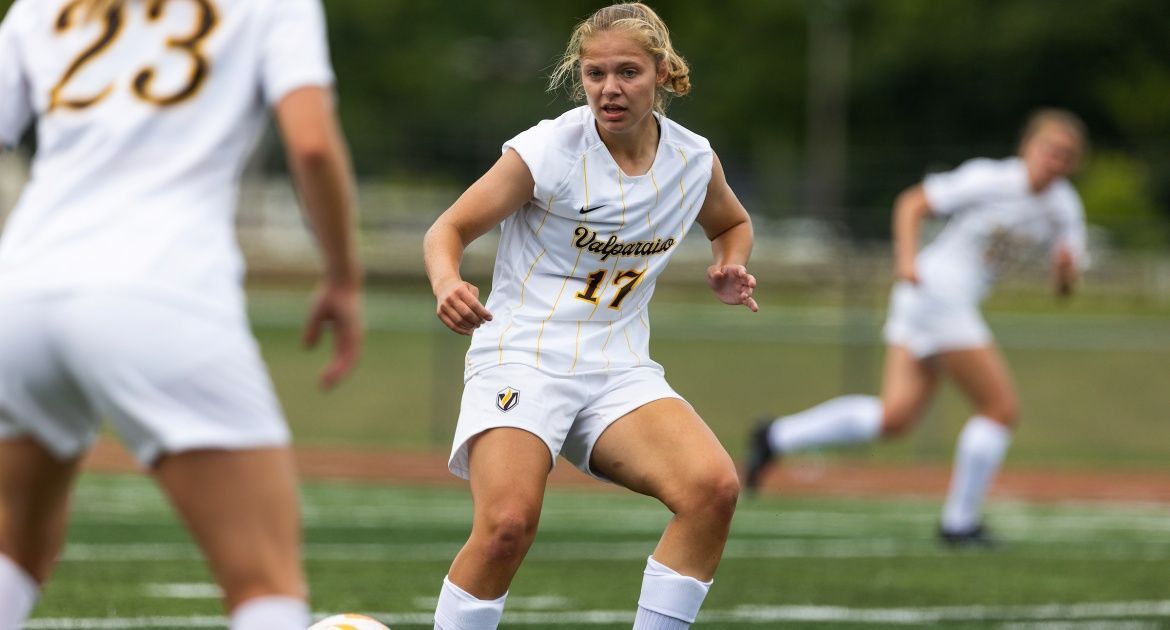 Molly O'Rear struck for the match-winner with less than four minutes to play Saturday.
Valparaiso at UNI | September 17, 2022

Valpo soccer freshman Molly O’Rear (Naperville, Ill./Naperville Central) made her first collegiate goal a memorable one on Saturday, as she struck for an 87th-minute goal in the Beacons’ MVC opener at UNI to give Valpo a 1-0 win over the host Panthers.

“It’s always tough playing on the road in the Valley. We handled that well today, and did a good job dealing with the elements as well. Our overall performance was gritty — we got into tackles when we needed to. We worked really hard to create a rhythm to the game which reflected our style, our brand, trying to play along the ground and did that well.”

“It takes a lot of little details, a full team effort to score goals, and you saw that in our goal. We get a big win on the challenge at the top of our defensive 18, play a good ball deep. Kelsie works hard, forces UNI to play it out, and then doesn’t wait on the throw. Allie flicks the throw on, Molly turns and hits a great left-footed shot. That’s how you score goals.”

“A big key for us coming into today was winning the first ball on UNI’s services into the box. Chase comes in and it felt like she was in the middle of every single aerial challenge in those areas, winning every head ball.”

“Any time you come away with three points on the road is going to be a good day. We’ll enjoy this for 24 hours and then prepare to get back at it for Thursday’s match.”