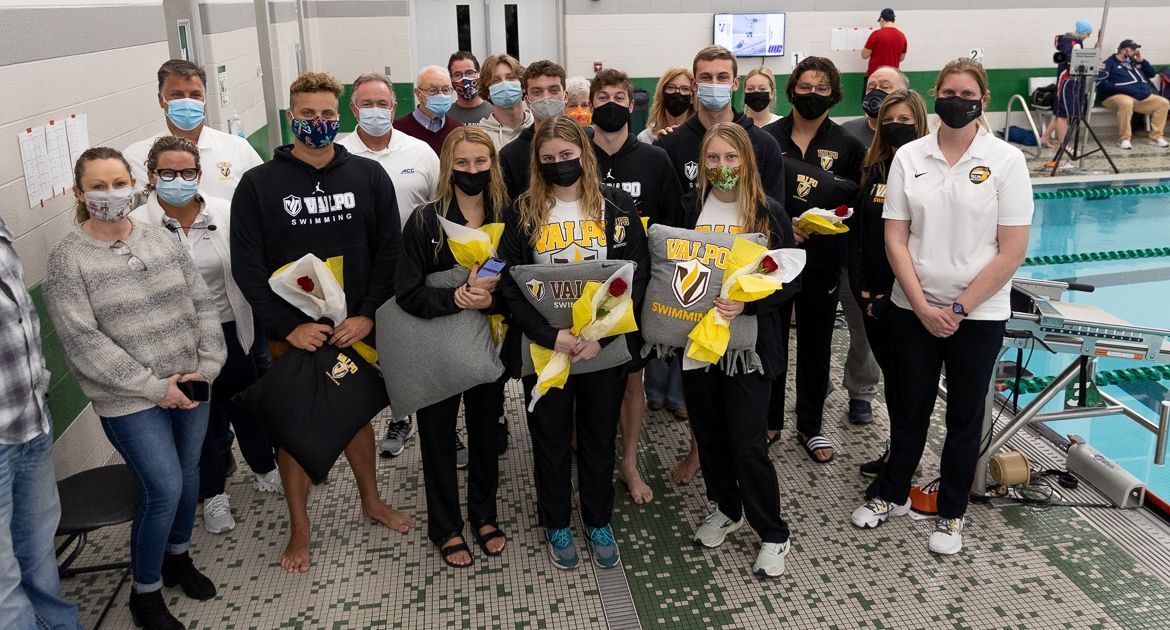 Valpo honored its seniors prior to Friday's meet.

The Valpo swimming program welcomed UIC to the Valparaiso Aquatic Center Friday as the Beacons hosted their Senior Meet, honoring the eight members of the program swimming in their final home meet.

Valpo will compete in a pair of meets next weekend, starting with a dual meet at Rose-Hulman on Friday, Jan. 21.