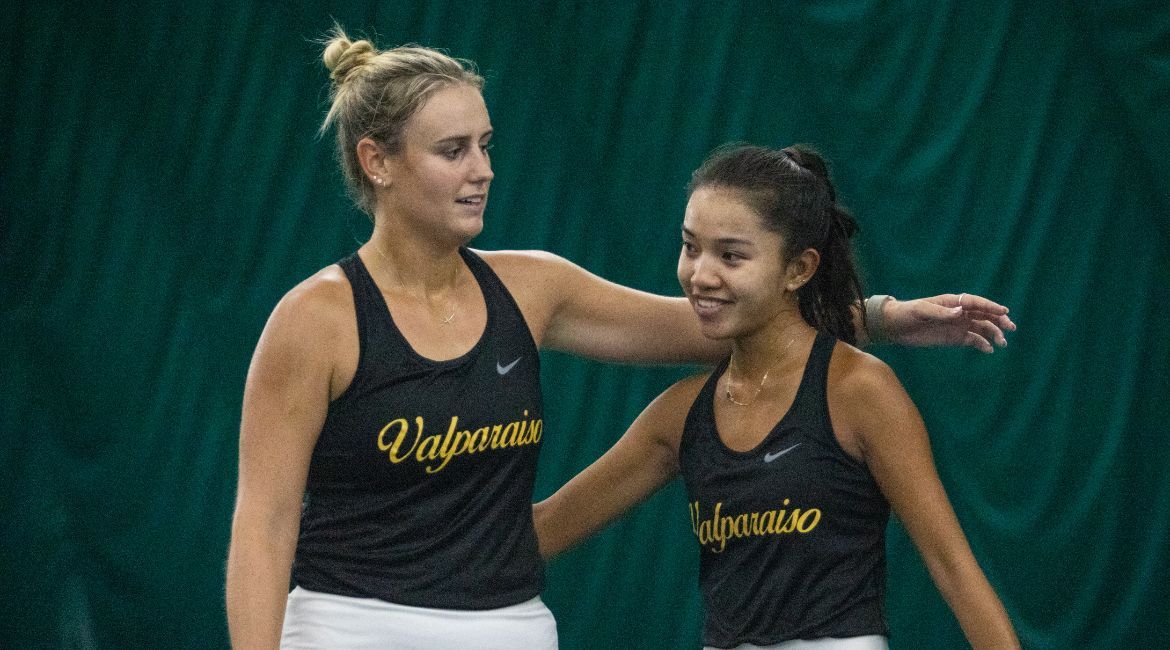 Isabella Schoolcraft (left) and Amanda Tabanera (right) teamed up for a key doubles win at No. 2.

The Valparaiso University women’s tennis team closed out a successful fall campaign in victorious fashion on Saturday at the Valpo Tennis Complex. The Beacons bested visiting Grand Valley State 5-2 in a dual match on a brisk but sunny autumn day in Northwest Indiana.

Valpo will begin the spring season on Saturday, Jan. 15 by hosting IUPUI at The Courts of Northwest Indiana.