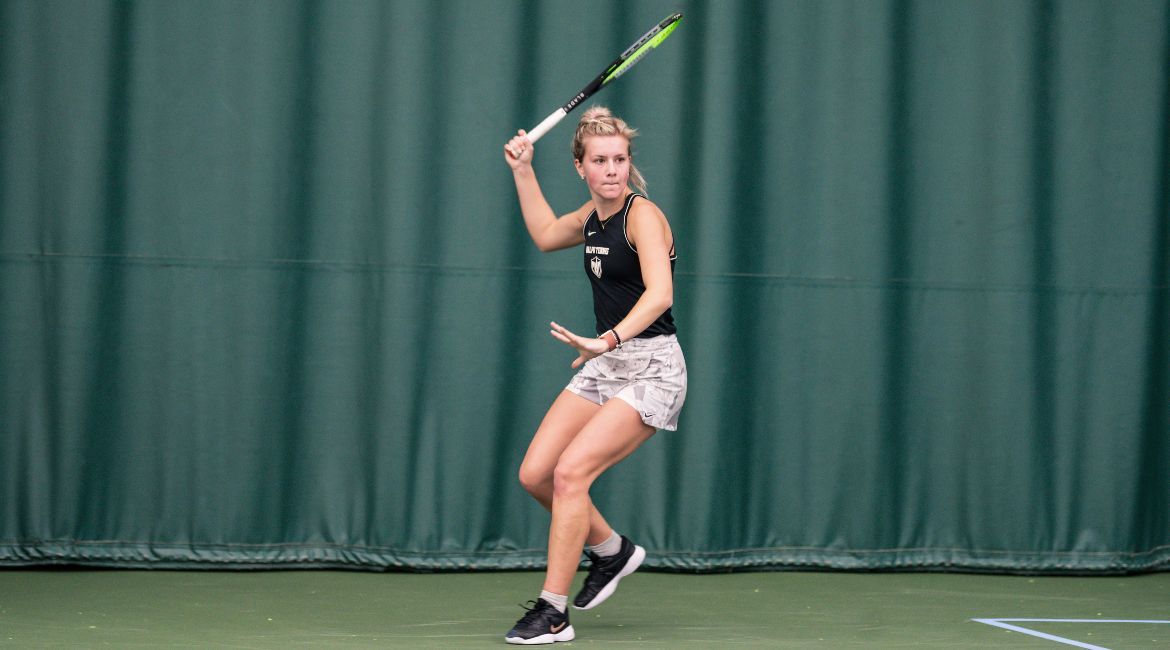 The Valparaiso University tennis team received a victory from its No. 1 singles player and No. 1 doubles tandem on Saturday, but host Bradley prevailed 5-2 indoors at Pekin Parkside Athletics in Peoria, Ill. Olivia Czerwonka (Kenosha, Wis. / Saint Joseph Catholic Academy) capped a perfect weekend with her singles win after teaming with her sister Claire to win at the top doubles spot. In addition to the Czerwonka victories, Mia Bertino (Lockport, Ill. / Joliet Catholic) earned a singles success for the Beacons.

The Beacons (10-11, 2-3 MVC) will compete in the Missouri Valley Conference Tournament, hosted by Drake, beginning on Friday, April 22 in Des Moines, Iowa. The bracket and matchups will be announced by the conference office on Sunday.