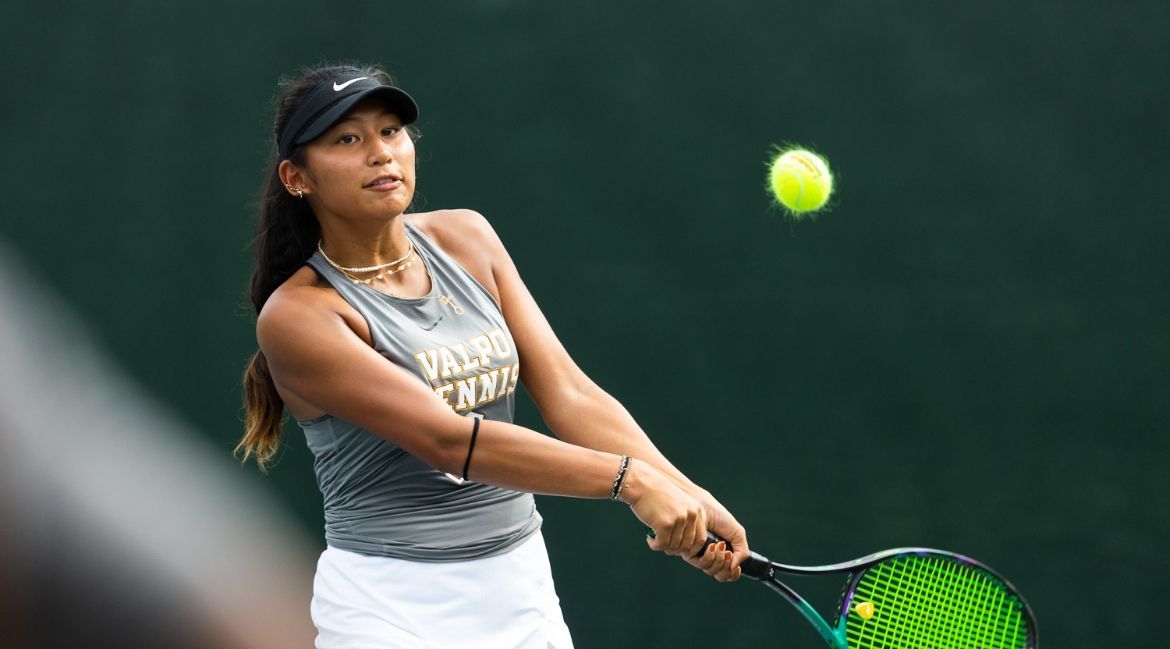 Moira Silva knocked off a former MVC Player of the Year on Friday.

Four Valparaiso University tennis players picked up first-round singles victories at the Illinois State Redbird Invitational on Friday in Normal, Ill. In addition, a pair of Valpo doubles teams were victorious in their tournament-opening matches. The volleyball team was in attendance to cheer on the tennis squad during the day, then head coach Bob Modesto’s team returned the favor on Friday evening by taking in the Valpo volleyball match at Illinois State.

The Illinois State Invite will continue on Saturday in Normal.