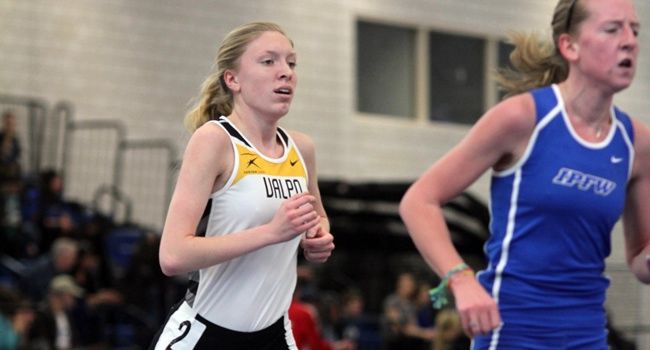 Drozdowski, who also placed ninth in the shot put, took second in the hammer throw with a distance of 164’ 2”.

Freshman Cleo Holt (Marietta, Ga./George Walton Comprehensive) was third in the 100-meter dash with a time of 12.58 seconds.

Freshman Ann Chapman (Washington, Ill./Washington Community) took fourth in the triple jump with a mark of 33’ 8 ¾”.

Sophomore Jazmin Taylor (Rock Island, Ill./Rock Island) cleared 5’ 1” in the high jump to finish in a tie for fourth.

Freshman Megan Howdeshell (Bourbon, Ind./Triton Junior-Senior) placed fourth in the discus with a throw of 143’ 2”.

Sophomore Brooke Hinstorff (Waterloo, Wis./Lakeside Lutheran) was sixth in the javelin with a throw of 102’.

The Crusaders return to the track on Saturday, April 27 at the Redhawk Invitational in Oxford, Ohio.