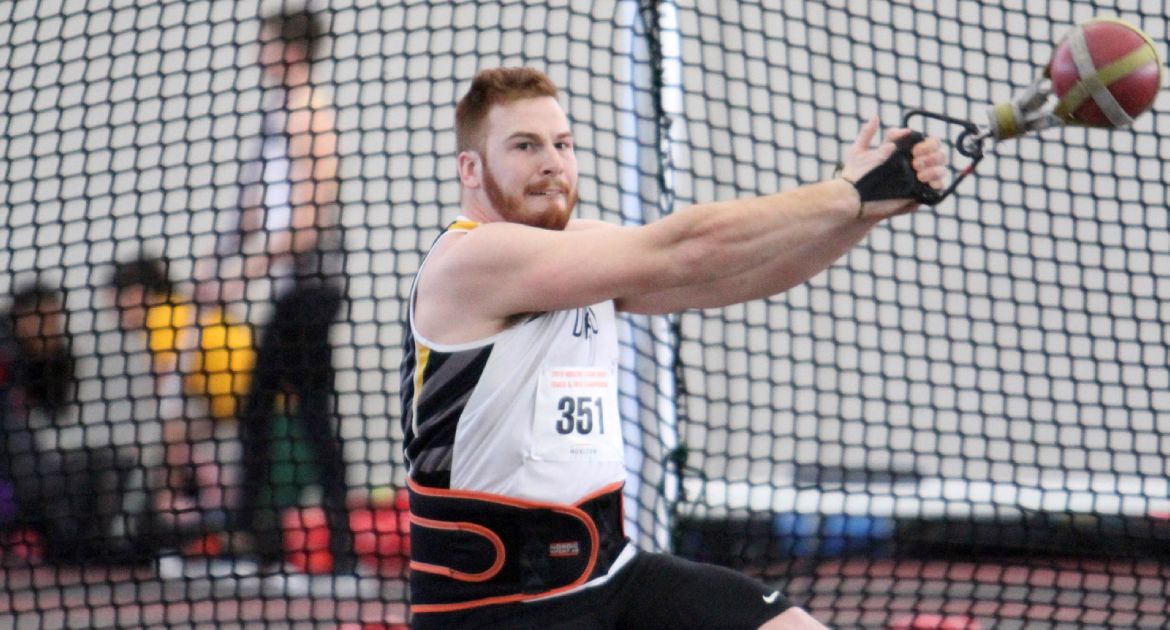 The Crusader men placed eighth out of 19 competing institutions, earning 20 points. Meanwhile, the Valpo women scored 2.5 points to finish 14th out of 16 colleges and universities. Both teams squared off with some non-collegiate competition as well.

On the men’s side, three Crusaders moved up Valpo’s all-time charts in their respective events. On the infield, senior Jacob Smutz and sophomore Andrew Guzek both earned top-eight finishes in the weight throw – Smutz earning a runner-up finish with his toss of 64’8”, improving upon his second-best mark in Valpo history, and Guzek finishing eighth with a mark of 57’7 ¾”, moving into fourth all-time at Valpo.

Freshman Jeru Lollis continued his strong rookie campaign in the sprints, qualifying for the event finals in the 60m dash, where he placed fifth with a time of 6.99 seconds – third-fastest in Crusader history. Junior Anthony Franze also earned a top-ten finish in the sprints, completing the 200m dash in 22.70 seconds to finish ninth.

Elsewhere on the infield, Valpo earned a trio of top-ten placements in the jumps. Sophomore Montell Hall finished seventh in the long jump, leaping 20’6 ¼”, and ninth in the triple jump with a mark of 41’10”. Fellow sophomore Jonathan Heagy cleared 6’4” in the high jump, good for fourth place.

On the women’s side, the Crusaders had a pair of strong performances on the infield. Senior Ann Chapman leapt 33’5 ¼” in the triple jump, good for an eighth-place showing, while freshman Abby Jankowski placed ninth in the shot put with a toss of 39’6 ½”. On the track, sophomore Janelle Wigal crossed the line in the 600m run in seventh place, while sophomore Hannah Reynard completed the 400m dash in 1:00.29 to finish 12th.

Valparaiso continues the indoor campaign next Saturday, February 6 at the Windy City Invitational, hosted by the University of Chicago. Select athletes may compete at Notre Dame’s Meyo Invitational next weekend as well.