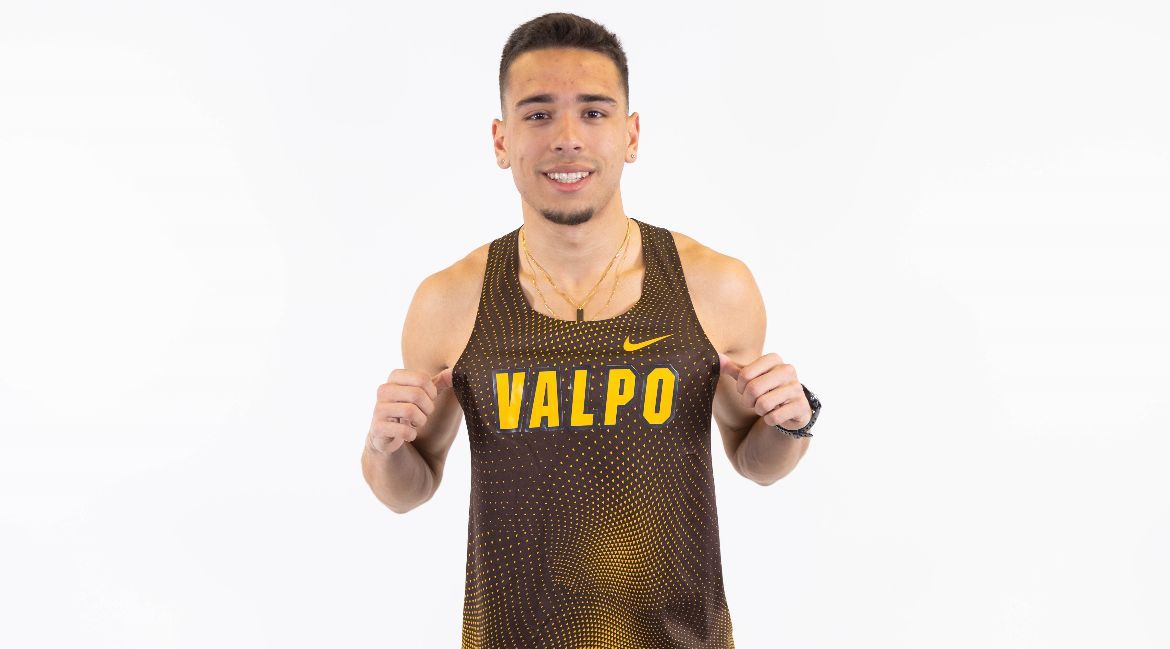 Ignacio Veloz Bonilla set a program record in the indoor 800 on Friday.

The Valparaiso University track & field team competed in its first meet of the spring semester on Friday, getting a sneak peek of the facility that will host the 2023 Missouri Valley Conference Indoor Championships by making the short trip to Chicago’s southside for the Blue Demon Alumni Classic hosted by DePaul at Gately Park. Ignacio Veloz Bonilla (San Juan, P.R. / American Military Academy) got the new year off to a favorable start, setting a program record in the indoor 800 en route to winning the event. Click here for results.

The Beacons will head to Grand Valley State’s Bill Clinger Classic on Jan. 27-28 in Allendale, Mich. A link to live video via FloSports is available on ValpoAthletics.com.