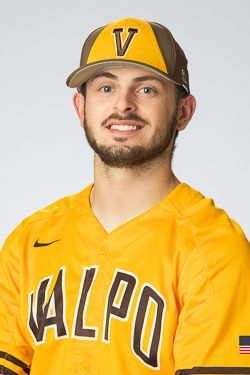 Mitchell Boe joined the Valpo Baseball program prior to the 2022 season as an assistant coach.

Boe serves as the team’s infield and baserunning instructor while also coaching third base for the Beacons.

A Naperville, Ill. native and product of Joliet Catholic High School, Boe played collegiately at the University of Iowa from 2016-2019.

Boe appeared in 193 games for the Hawkeyes, tied for the ninth most in program history. He received Iowa’s Big Ten Sportsmanship Award in 2019, when he was one of four team captains and started 46 games at second base. He hit safely in 34 games and boasted eight multi-hit performances, including a pair of three-hit games. From March 24-April 17, he compiled a career-best 17-game on-base streak. Boe finished his senior season with a .257 batting average, 28 runs and 19 RBIs.