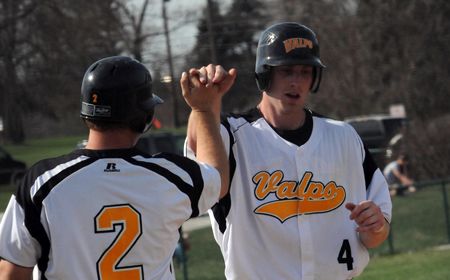 Perfect Game, baseball’s largest and most comprehensive scouting service, unveiled their top prospects from various summer collegiate leagues last week.  The Perfect Game evaluations came from personal observation, contact with scouts and input from league managers. The Northwoods League is a summer baseball league comprised of teams of the top college players from across the nation and North America.  Perfect Game rated the NWL in the top tier with 50 prospects evaluated.  Gaedele topped the list after a great 2010 summer season with the Madison Mallards.

Gaedele had an impressive season while being named to the First Half All-Star team and the Postseason All-Star team as well as finishing runner-up in the homerun derby.  The 6’3’’right-hander and team MVP showed his versatility while he hit for average, power and showed great speed.  He finished 3rd in the NWL in homeruns (9), 5th in stolen bases (26) and in the top-15 in batting average (.315), slugging percentage (.498), and RBI (38).

Additionally, Gaedele broke four franchise records in 2010, including hits (88), homeruns (tied with 9), runs (56) and at-bats (279).  From June 11-27, Gaedele recorded at least one hit in 16 straight games, tied for the Northwoods League’s longest hitting streak of the year.

“Kyle had a summer to remember, but this is just the beginning for him,” head coach Tracy Woodson remarked.  “His work ethic and focus has led him to this point and we are excited to help him in his continued progression this year leading up to the 2011 Major League Draft.  He has the physical attributes as well as the intangibles to be very successful at the next level.”

Gaedele, a 2010 Second Team All-Horizon League selection and All-Tournament team member, had an impressive season for the Crusaders as well.  He finished the year with a .373 batting average, 88 hits, 19 doubles, eight triples, seven homeruns, and a .610 slugging percentage.  The team captain also was a perfect 17-for-17 stolen bases.