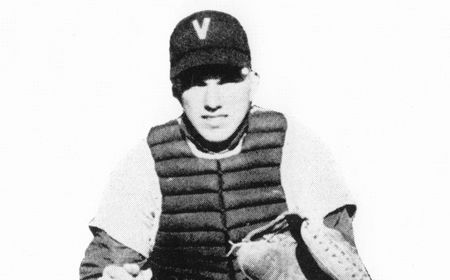 Tom Orton played baseball and basketball at Valpo from 1956-1960.

A multi-sport athlete while at Valparaiso, Tom Orton was a three-year starter in both baseball and basketball for the Crusaders, and, on Saturday, February 19 he will be inducted into the Valparaiso University Athletics Hall of Fame.

On the diamond, Orton was a three-time All-Indiana Collegiate Conference catcher for the Brown and Gold, and was named the league’s Most Outstanding Player both as a sophomore and as a senior.

He still holds the school’s batting average records, hitting .393 for his career at Valpo while also posting a .457 single season mark in 1958, leading the Crusaders to the NCAA Tournament.  A team captain, Orton guided the Crusaders to ICC titles in 1959 and 1960.

Orton also won a bronze medal with the United States in the 1959 Pan-American Baseball Games and went on to play in the Detroit Tigers minor league system.

On the hardwood, Orton averaged in double figures for his career with the Crusaders, including a best 12.2 points per contest as a junior.