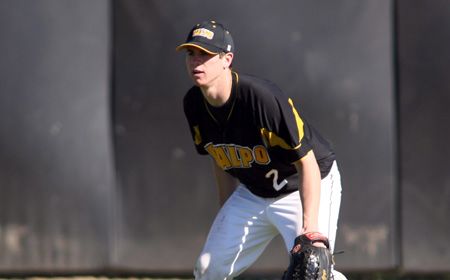 Up Next in Crusader Baseball: Winners of four straight, and seven of its last nine overall, Valparaiso steps out of Horizon League play on Tuesday afternoon to face Chicago State at Emory G. Bauer Field in the first game of a five-game homestand.

Head Coach Tracy Woodson: Tracy Woodson, the 16th head coach in Valparaiso University history, is in his fifth season at the helm of the Crusaders and has a 105-146 (.418) record both for his career as well as at Valpo.  Woodson ranks fourth in school history for career wins by a head coach.  A member of the Los Angeles Dodgers 1988 World Champion team, he has also managed in the minor leagues through the AAA level.

Probable Starters: Southpaw Jon Gulbransen (LHP, 2-5, 4.99) will take the mound for the Crusaders against Chicago State.  The Cougars have not announced their starter for Tuesday at this time.

Series Notes: Valparaiso is 50-28 all-time against the Cougars in a series that dates back to 1983.  The Crusaders have won 11 straight games against Chicago State, with the Cougars last posting a win April 9, 2005 in the Windy City.  Last season Valpo swept a three-game series at Emory G. Bauer Field, winning by scores of 26-5, 13-3, and 16-4.  The Crusaders set a NCAA fifth inning record in the series opener, scoring 21 times in the frame.

Wrapping Up Cleveland State: Valparaiso received three straight complete game efforts over the weekend from its starting pitching on the way to sweeping a Horizon League series.  Justin Frane allowed just one unearned run in the opener on Friday and Valpo scored three times in the ninth for a 4-1 victory.  In game one on Saturday, Damon McCormick went the distance, scattering just three hits, and the Crusaders scored six times in the first two innings on the way to a 12-2 win.  Tyler Deetjen allowed just one run in the series finale on Saturday as the Brown and Gold tallied a 6-1 win.

Scouting Chicago State: The Cougars have lost 11 straight games entering Tuesday after being swept in a four-game series at Texas-Pan American over the weekend.  Michael Carpen leads Chicago State in hitting, batting .404, while Jonathan Carpen has a .333 average with a team-high 23 runs batted in.  As a team the Cougars are batting .269 this season.  Chicago State’s pitching staff has posted a 9.62 earned run average while allowing opponents to hit .366 against them.

Who Needs a Bullpen?: All three of Valpo’s starting pitchers went the distance in conference victories over Cleveland State.  Justin Frane started things on Friday night allowing just seven hits and one unearned run for his first complete game of his career.  Damon McCormick followed suit on Saturday in game one of the twinbill, scattering three hits for his second complete effort of the season and fifth of his career.  Tyler Deetjen closed the weekend with his team-leading third complete game of the year, allowing just one run.

Closing Time: After giving up a pair of earned runs in his first appearance of the season at Austin Peay, Karch Kowalczyk has been nearly perfect in the closer’s role for the Crusaders.  In his last seven appearances he has surrendered just one unearned run and three hits in eight innings, lowering his ERA to 1.80.  Opponents are hitting just .143 on the year against Kowalczyk.

Frane Shines as Staff Ace: Being handed the ball in game one of Horizon League series has not phased Justin Frane.  Opponents are hitting just .193 in conference action while he has posted a 0.54 ERA.  He has struck out 18 and walked just three.  Overall in 38.2 innings, Frane is 1-1 with a 2.09 ERA.  He has fanned 31 and walked just nine.

Throwing Strikes: Valpo’s pitching staff has walked just 21 batters in 79 innings of Horizon League play this season.  They have struck out the opponent 67 times though for a greater than 3:1 strikeout-to-walk ratio, led by Damon McCormick’s 23 strikeouts in conference action.

Multi-Hit Efforts: Kyle Gaedele had multi-hit games in all three of the contests against Cleveland State over the weekend.  The junior outfielder had three hits in the opener before adding two more in each of the next two games.  For the series Gaedele hit .538 (7-of-13) with five runs scored and a pair of RBIs.  He leads Valpo with 11 multi-hit games on the year.

Manning and Hagel Drive in Runs: Chris Manning and Will Hagel both had big games on Saturday in game one of the doubleheader.  Manning drove home four Crusaders, his first four-RBI game of his career. Hagel drove home three runs in the win, and now leads Valpo with five multi-RBI contests.

Don’t Blink or You’ll Miss It: Valparaiso’s baseball game times continue to move along.  The Crusaders are averaging just under 2:21 for the 28 nine-inning games in which they have played this season.  Valpo has gone over three hours just three times this year, two of which were 11-inning contests.  The Crusaders have had a game go more than two-and-a-half hours just twice since March 13.  Those games were 2:35 and 2:34.

Go Speed Racers: Kyle Gaedele and Chris Manning have the Crusaders off and running on the base paths.  Gaedele is already 16-for-17 swiping bases, and is now 41-for-44 during his three-year career with the Brown and Gold.  Manning has nearly been as successful, stealing 13-of-16 attempted bases during his freshman year.  As a team, Valpo is 43-of-53 in stolen base attempts (81.1%) on the season, posting the best success rate in the Horizon League.

Career Lists Part Two: Jon Gulbransen also continues to climb the career strikeouts list at Valpo.  The southpaw has fanned 225 hitters during his career,  passing Tom Starck (2001-2004) for fifth on the career charts.  The southpaw is just 25 strikeouts behind Bryce Shafer (2008-2010) for fourth place.