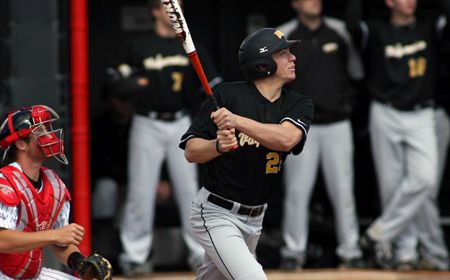 Will Hagel and the Crusaders look to continue swinging hot bats on Saturday. (Jeff Golden)

Due to impending afternoon storms forecast for the Southwest Ohio area, the start time for Saturday’s baseball doubleheader between Valparaiso and Wright State has been moved up two hours.  Game one of the twinbill will now begin at 10 a.m. CDT at Nischwitz Stadium.

Sunday’s final game of the series is still slated for 12 p.m. CDT.

All three games of the series are slated to be broadcast online through the Horizon League Network.