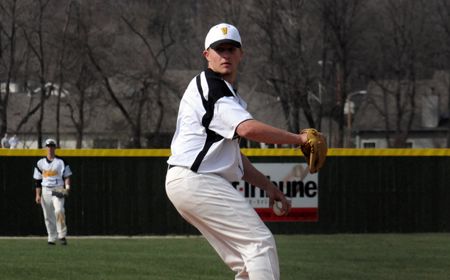 Valparaiso University left-handed pitcher Jon Gulbransen (Appleton, Wis./Fox Valley Lutheran H.S.) has been voted to the Academic All-Horizon League Team for his efforts on the field and in the classroom this past baseball season.

Gulbransen, a junior this past season, went 4-6 on the mound for the Brown and Gold with 75 strikeouts in 94.1 innings of work.  He started 13 games for Valpo, second most on the team, and sported a 4.67 earned run average.  He also had a team-high four complete games.

In the classroom, Gulbransen sports a 3.74 cumulative grade point average as a finance and management double major.  He has been a member of the Horizon League’s Academic Honor Roll each semester he has been eligible, and has been selected to the All-Academic Team for the second straight season.