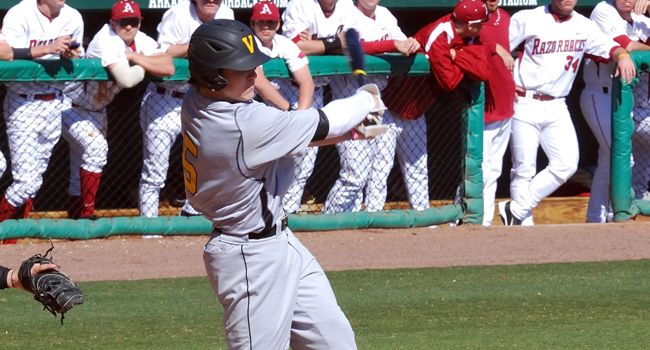 Tanner Vavra was named a finalist for the Tom Walter Award. (Rick Cochran)

Vavra was a First Team All-Horizon League selection for the Crusaders in 2012 and also earned All-Newcomer Team and All-Tournament Team honors.  The infielder, who helped Valpo to the HL regular season and tournament titles, hit .332 with 15 steals and finished among the national leaders with 23 sacrifice bunts.  Vavra has succeeded on the diamond while being blind in one eye after suffering a pair of injuries to the eye during his youth.

The Tom Walter Award’s namesake is currently the head coach at Wake Forest, where he donated a kidney to freshman outfielder Kevin Jordan prior to the 2011 season.  Also recognized a year ago were Georgia outfielder Johnathan Taylor and Arizona State outfielder Cory Hahn, both of whom were paralyzed during games in the 2011 season, and Bayler Teal, a 7-year-old boy whose battle with cancer inspired 2010 and 2011 national champion South Carolina.  The 2012 award winners will be announced on August 21.