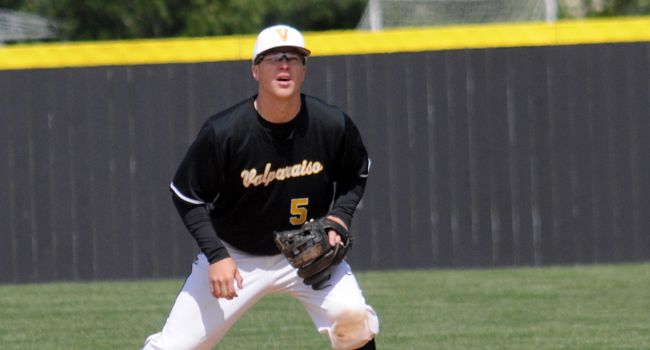 “We feel privileged to highlight and honor such an incredible group of student athletes,” said Sean Ryan, co-founder of CollegeBaseballInsider.com, which has covered Division I college baseball since 2002. “The five winners, as well as our five other finalists, epitomize what college athletics is all about, and we are inspired by all they have accomplished on and off the baseball diamond.”

Vavra was a First Team All-Horizon League selection for the Crusaders in 2012 and also earned All-Newcomer Team and All-Tournament Team honors.  The infielder, who helped Valpo to the HL regular season and tournament titles, hit .332 with 15 steals and finished among the national leaders with 23 sacrifice bunts.  Vavra has succeeded on the diamond while being blind in one eye after suffering a pair of injuries to the eye during his youth.

The Tom Walter Award’s namesake is currently the head coach at Wake Forest, where he donated a kidney to freshman outfielder Kevin Jordan prior to the 2011 season.  The 2012 winners include Marty Gantt from College of Charleston, Mike Kent from Clemson, Alex Silver from Texas and Carter Smith from UT Martin in addition to Vavra.