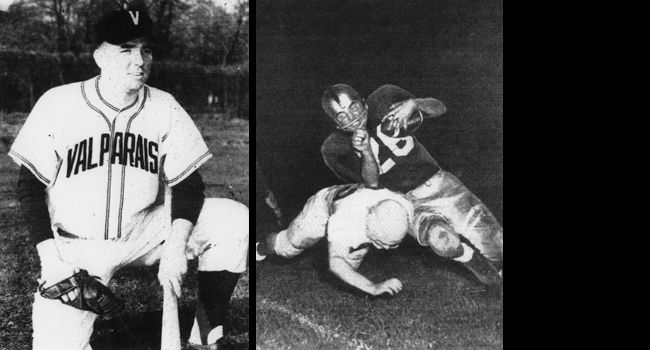 Paul Naumann is set to be inducted into the Valpo Hall of Fame.

A two-sport standout during his time at Valparaiso, Paul Naumann went on to a long and distinguished coaching career, and on Saturday, February 16, he will be inducted into the Valparaiso University Athletics Hall of Fame.

Naumann, a 1957 graduate of Valparaiso University, was a First Team All-Conference honoree on the baseball diamond as a freshman. On the gridiron, Naumann set single-game touchdown (4) and points scored (24) records during his senior season that still stand to this day. He rushed for 1,278 yards over his Crusader career, leading the team as a senior in both rushing yards (637) and receiving yards (264).