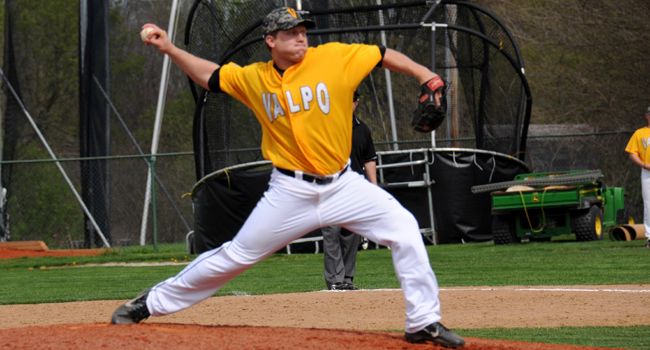 Valparaiso closer Karch Kowalczyk (Peru, Ill./La Salle-Peru) earned another honor for his strong 2013 season on Thursday, as he was named to the ABCA/Rawlings Second Team All-Mideast Region.

The Horizon League Relief Pitcher of the Year, Kowalczyk posted 12 saves on the season, tied for second-most in a single season in program history. The redshirt junior recorded a 1.73 ERA in 26 innings of work, while opponents hit just .189 off of him. Kowalczyk was also named Horizon League Tournament MVP after saving each of the Crusaders' three victories as Valpo captured its second straight league title.