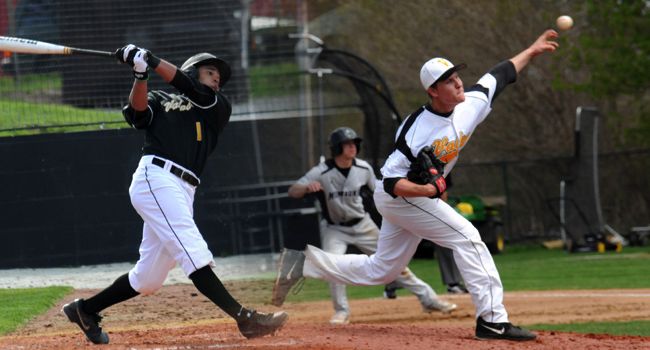 Johnson secured Batter of the Week honors after batting .643 (9-of-14) at the plate for Valpo last week. He started the week with a 2-for-2 afternoon, driving in a run and scoring one in Valpo’s Tuesday tilt at Northwestern. Johnson stayed hot in the weekend series versus Youngstown State as five of his seven hits in the series went for extra bases. In the first game of Saturday’s twinbill against YSU, Johnson hit his first career home run and followed it up with another in the second game as the junior went 6-of-8 with two home runs, one triple, one double and four RBIs in the Saturday doubleheader.

Johnson racked up a 2.000 OPS (on-base plus slugging percentage) during the week. The outfielder entered play on Tuesday hitless on the season, but boosted his batting average to .265 by the end of the weekend.

Lundeen pitched a gem on Saturday for the Crusaders to notch his second consecutive Pitcher of the Week honor and his third of the season. The southpaw threw eight innings, allowing an unearned run on four hits, while striking out a career-high nine Youngstown State batters. He lowered his league-leading ERA to 2.00 and has now gone at least seven innings in his last four starts.