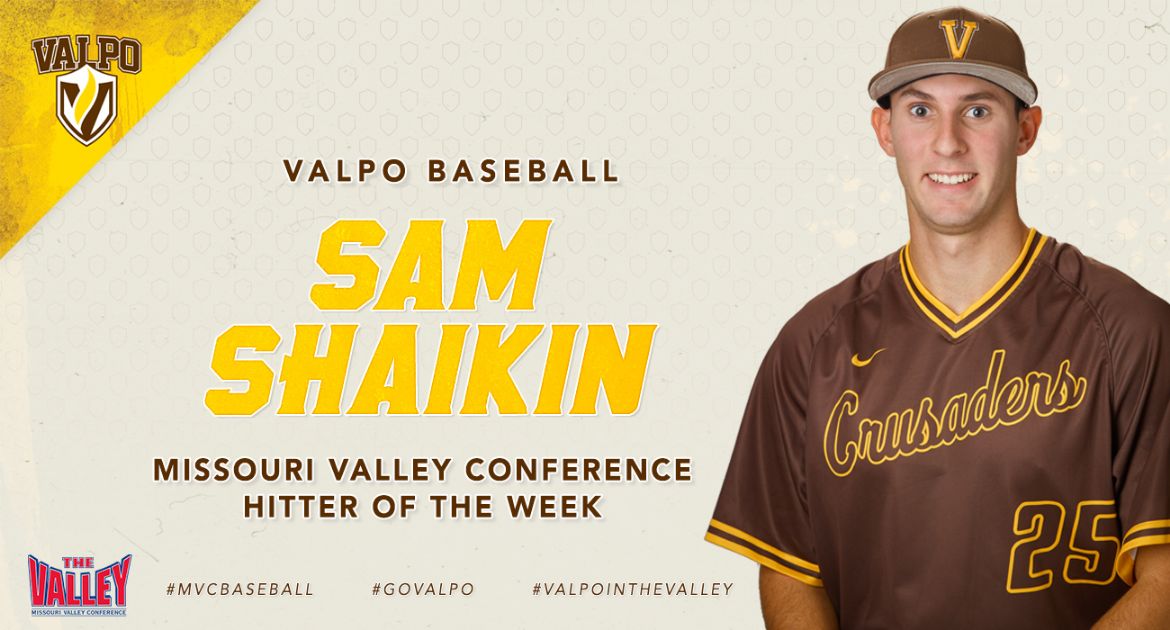 Valparaiso University baseball third baseman Sam Shaikin (Wes Hills, Calif. / Chatsworth) became the first Crusader baseball player to earn a Missouri Valley Conference weekly award on Monday, as he was recognized as the league’s Hitter of the Week for his impressive showing this past weekend in Norman, Okla.

Shaikin batted a robust .700 against quality competition, helping the Crusaders to a 2-1 record in three games against teams who played in the NCAA Regionals last season. Four of Shaikin’s seven hits went for extra-bases, including home runs in both of Valpo’s wins on Saturday.

The Crusaders upstaged the host Sooners 11-4 in Saturday’s opener, a game that featured a 3-for-3 showing and a career-high four runs scored from Shaikin, who reached base five times. After knocking off Oklahoma, which received the third-most votes of any team outside the Top 25 in the USA Today Preseason Coaches Poll, the Crusaders took the field again less than an hour later against defending Patriot League champion Holy Cross. Shaikin picked up right where he left off, homering in the first inning against reigning conference Pitcher of the Week Zane Hedaya.

Shaikin finished Sunday’s second game at 2-for-4 with four RBIs, helping Valpo to a 20-4 rout of Holy Cross, a team that had defeated No. 24 Houston the previous week. Shaikin enjoyed his third straight multi-hit game on Sunday, going 2-for-3 in a 3-2, extra-inning loss to Oklahoma.

Shaikin holds a .417 average in six games against quality competition – Alabama, Oklahoma and Holy Cross. He is one of six Crusaders tied for the team lead with six RBIs apiece. Valpo will begin its spring break trip on Friday at 3 p.m. CT in Phoenix, Ariz. against CSUN in an event hosted by Grand Canyon.