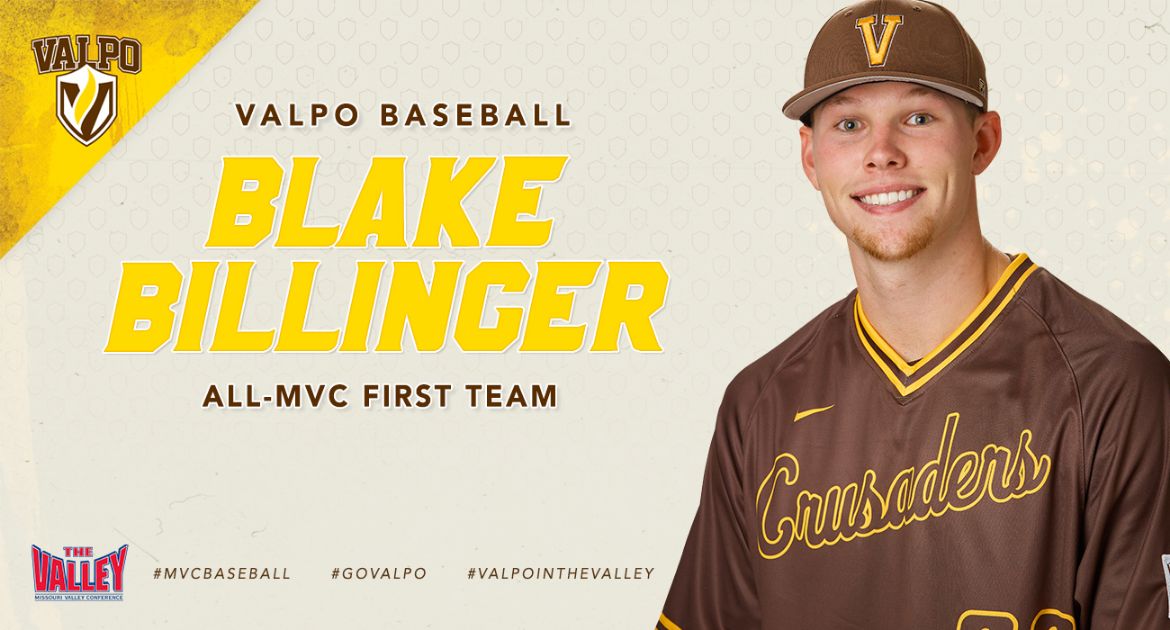 The Valparaiso University baseball team has five representatives on the all-Missouri Valley Conference teams, which were announced by the conference office on Tuesday.

Billinger achieved Valpo’s eighth first-team all-conference honor since Brian Schmack took over the program in 2014. He owns a .327 batting average in 50 games this season and has ripped 23 doubles, tying the Valpo record for doubles in a single season. The junior college transfer led the team by a wide margin in conference-only batting average as he hit .342 in 21 Missouri Valley Conference games. He has launched six home runs including a three-homer game and has driven in a team-high 44 runs.

Tieman owns a 4.75 ERA and team-high five wins. He has pitched a conference-most 94 2/3 innings and racked up 54 strikeouts against 30 walks. The sophomore righty has thrown two complete games, most recently pitching the Crusaders to a 2-1 victory at Illinois State on May 11. Tieman has made 14 starts, working the first game for each of the team’s weekend series this season.

Garbella is third on the team in batting average at .301 and is tied for the team lead in home runs with eight. The senior outfielder has racked up 37 RBIs this year, second on the team despite missing nine games with an injury.

Eggimann was used mostly as an infielder last season, but this year he’s found a home in center as a stalwart defensive outfielder. The senior has not made an error all season in 143 chances and has notched one outfield assist.

Kapers was recognized for his strong performance behind the plate, where he has thrown out nearly 40 percent of would-be base stealers. He is also tied for the conference lead in runners picked off with six.