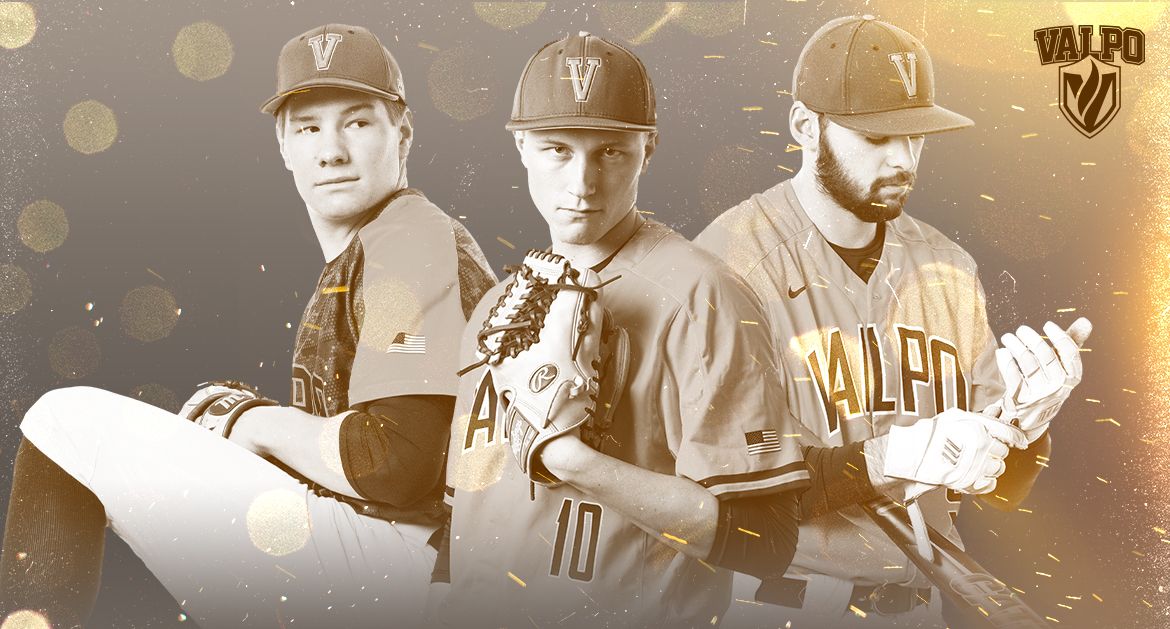 Fitzsimmons received the honor for the second straight season, while Tieman joined Bradley’s Luke Shadid as the only players in the conference to three-peat with MVC Scholar-Athlete First Team recognition in 2018, 2019 and 2020.

A finance major with a 3.72 cumulative grade point average, Tieman racked up 11 strikeouts while holding opponents to a .194 batting average this year. He did not allow a run in any of his final three appearances, spanning 6 1/3 innings. Tieman struck out five and walked just one while yielding one hit over four scoreless frames to earn the victory on March 10 at Alabama State. During the 2019 season, he accrued 78 strikeouts to lead the team, the most by a Valpo pitcher since 2015. Tieman paced the squad in punchouts for the third straight season in 2019, becoming the second consecutive Valpo pitcher to do so as Dalton Lundeen led the team in that area from 2014-2016. Before Lundeen, the last pitcher to lead the team in strikeouts in three straight seasons was Shawn Barker from 1988-1990. Tieman has 196 career strikeouts through the 2020 season, six shy of cracking the Top 10 in program history. He also ranks tied for ninth in program history in career saves.

Fitzsimmons was featured in the MVC Scholar-Athlete Spotlight on March 4 of this season. He played in 13 games and made 12 starts during the COVID-19 shortened campaign. The left-handed hitting outfielder had five hits including one triple and scored two runs while drawing five walks and being hit by a pitch twice. He had two multi-hit games – Feb. 22 at No. 3 Louisville and March 8 at Georgia Southern. The March 8 game at Georgia Southern included his lone triple of the season and the fourth of his career.

A political science major with a glowing GPA of 3.96, Fitzsimmons had a breakout junior season in 2019, playing in 49 of the team’s 50 games and making 45 starts after playing in just 16 games and making three starts as a sophomore. He went from a .195 hitter with one double over his first two seasons to batting .268 with nine doubles as a junior.

Rhodehouse adds to his list of distinctions that already included 2019 All-MVC Honorable Mention and 2017 Horizon League All-Freshman Team. The righty appeared in eight games and made six starts during the COVID-19 shortened season, one of four players in the nation to start six games, tying for the NCAA Division-I lead in that category. He ranked third on the team in ERA at 3.45 and struck out a team-high 20 while issuing just four bases on balls over 15 2/3 innings. Rhodehouse did not allow a run in any of his final four appearances – all starts – a scoreless streak that spanned nine innings in which he permitted just five hits and issued two walks. A political science major with a 3.40 GPA, Rhodehouse finished the 2019 season with a team-best 3.82 ERA and is tied for seventh in program history in career saves.

The criteria for the Missouri Valley Conference Scholar-Athlete Team voting parallels the CoSIDA (College Sports Information Directors of America) standards for Academic All-America voting. Nominees must be starters or important reserves with at least a 3.30 cumulative grade point average. Student-athletes must have reached sophomore athletic and academic standing at their institution and must have completed at least one full academic year at their institution. The Valley’s scholar-athlete team is voted on by the league's baseball sports information directors.