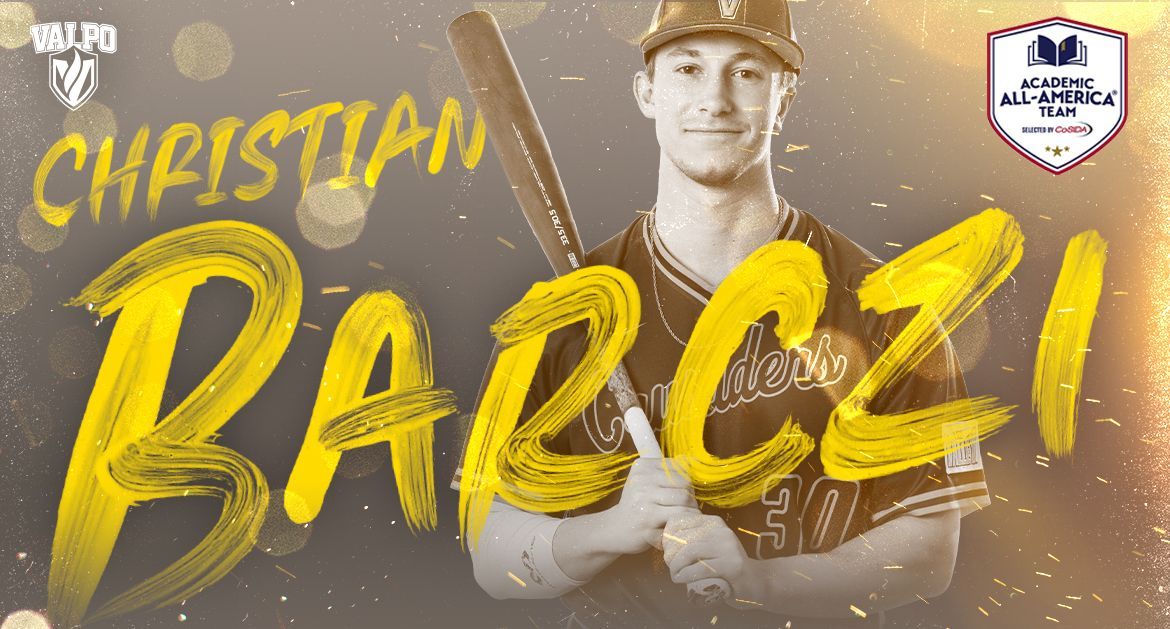 Barczi received consideration for All-America status based on earning the designated hitter spot on the Academic All-District 5 First Team, which was comprised of 12 student-athletes from Indiana, Illinois, Michigan and Ohio.

The right-handed hitting senior finished with a 3.59 cumulative grade point average in communication. He was one of 33 baseball players nationwide to receive Academic All-America honors.

During his four-year tenure with the Brown & Gold, Barczi appeared in 103 games and made 81 starts. He had seven hits including one double while driving in two runs and scoring twice during the shortened 2020 campaign.

A member of the 2017 Horizon League All-Freshman Team, Barczi became the second Valpo player to earn Academic All-District recognition in as many years after Blake Billinger did so in 2019. He joined men’s soccer fifth-year senior Dylan Waugaman as Valpo student-athletes to receive CoSIDA Academic All-America recognition in 2019-2020, with senior Katherine Germann also up for consideration for women’s cross country/track & field All-America honors, which will be announced on June 25.