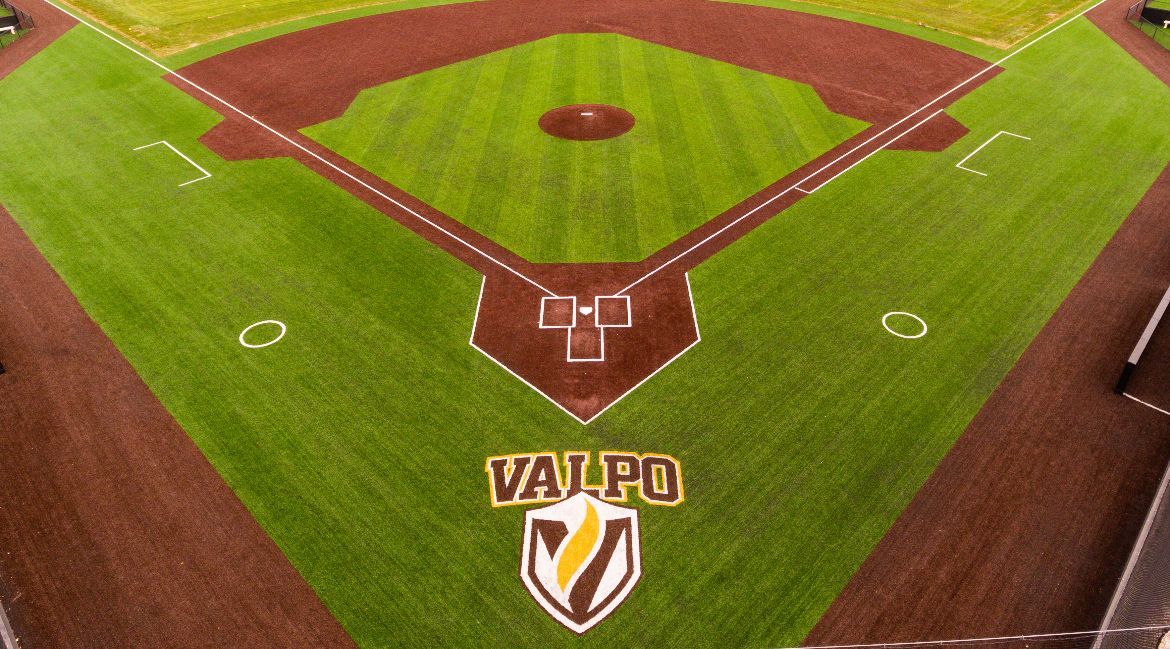 The Valparaiso University baseball program has debuted its new synthetic turf in style over the past two weekends, posting a 6-2 home record in Missouri Valley Conference play.

The new turf, which was installed on the infield and down the foul lines, has paid immediate dividends and will create both short-term and long-term benefits for the program.

“In the time that we’ve been able to use the turf, it has given our players an opportunity to take ground balls and work to hone their skills whenever they choose,” head coach Brian Schmack said. “We’ve had fewer disruptions to our game and practice schedules due to rain and field conditions. As soon as the rain stops, we’re out there playing or practicing. Another tremendous benefit is freeing up our players to not have to stay after to do field work or arrive early in the morning to pull the tarp. Instead, they are able to focus on the game. The turf creates a cleaner game with fewer bad hops, and that’s been awesome to see. Our players can’t get enough of it.”

The turf installation was made possible by lead gifts from Valpo alumni Lynn Scheutzow ’74 Young and Carl Young ’73 and the Deetjen family. The Young and Deetjen families both had sons who played baseball at Valpo. Kyle Young ’03 played for four years from 1999-2003 and was the primary starting catcher in each of his final three seasons. Tyler Deetjen ’12 played under coaches Tracy Woodson and Brian Schmack from 2009-2012.

“We’re very humbled by the support,” Schmack said. “We’re so thankful that families of players from several years ago are willing to invest in our program and our players. It’s extremely humbling, and we’re very appreciative. We’re encouraged by the fact that alums are willing to help support the program, and hopefully that’s a sign that we’re doing things the right way. We are tremendously appreciative of the Young and Deetjen families.”