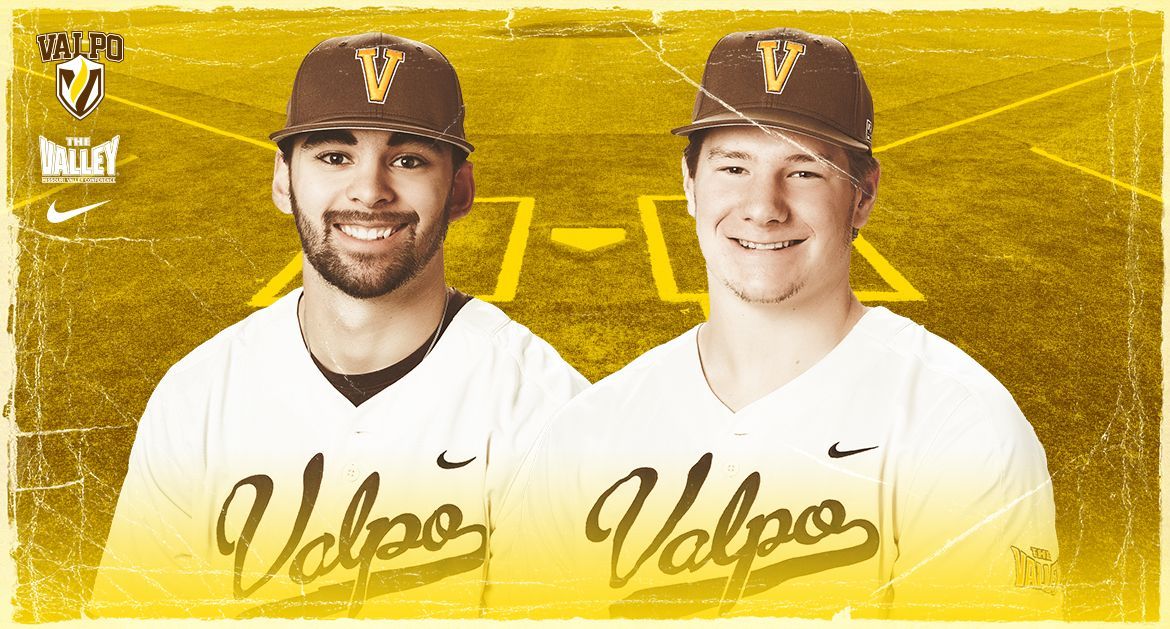 A pair of academic and athletic standouts represented the Valparaiso University baseball program on Tuesday as the Missouri Valley Conference released its 2021 Scholar-Athlete Teams.

Fitzsimmons was hit by a pitch 12 times this season to rank fourth in the conference. The fifth-year senior tied for second on the team in stolen bases and made just one error all season to finish with a .992 fielding percentage. The talented outfielder made a highlight-reel grab in the top of the ninth of his final collegiate game on May 28 at Southern Illinois.

A May 2020 Valpo graduate with a 3.96 grade point average in finance, Fitzsimmons owns a 3.84 GPA in the MBA program and will complete his degree in August. The Minnesota native was featured in the MVC Scholar-Athlete Spotlight on May 4, 2020 and played in 156 career games while making 124 starts during his tenure with the Brown & Gold.

In addition to his four MVC Scholar-Athlete team honors, Tieman has earned 2018 All-MVC Honorable Mention, 2017 Collegiate Baseball Newspaper Freshman All-American and 2017 Horizon League All-Freshman Team nods. He led the team in ERA this season among those with more than 20 innings of work and picked up a victory in his final career outing by pitching Valpo to an MVC Tournament win over Missouri State. When you remove one outlier when the wind was howling out at 25 miles per hour on May 1 vs. Illinois State, his season ERA would have been 2.58.

Tieman finished his degree in finance with a minor in business analytics in May 2020 with a 3.71 GPA and will graduate with his MBA in August 2021. He currently holds a 3.73 GPA in the MBA program. The Illinois native’s future plans include pursuing a job in finance in the Chicagoland area.

Tieman finished his senior season ranked 26th nationally among active players in career strikeouts. He ranks seventh in program history with 244 career strikeouts and also ranks among the program’s all-time leaders in career saves with 10, tied for sixth all-time. He was featured in the MVC Scholar-Athlete Spotlight earlier this season. Tieman is a five-time College of Business Dean’s List honoree, three-time recipient of President’s Academic Honors and member of Alpha Iota Delta, the academic honor society recognizing students in fields of decision sciences and information systems.