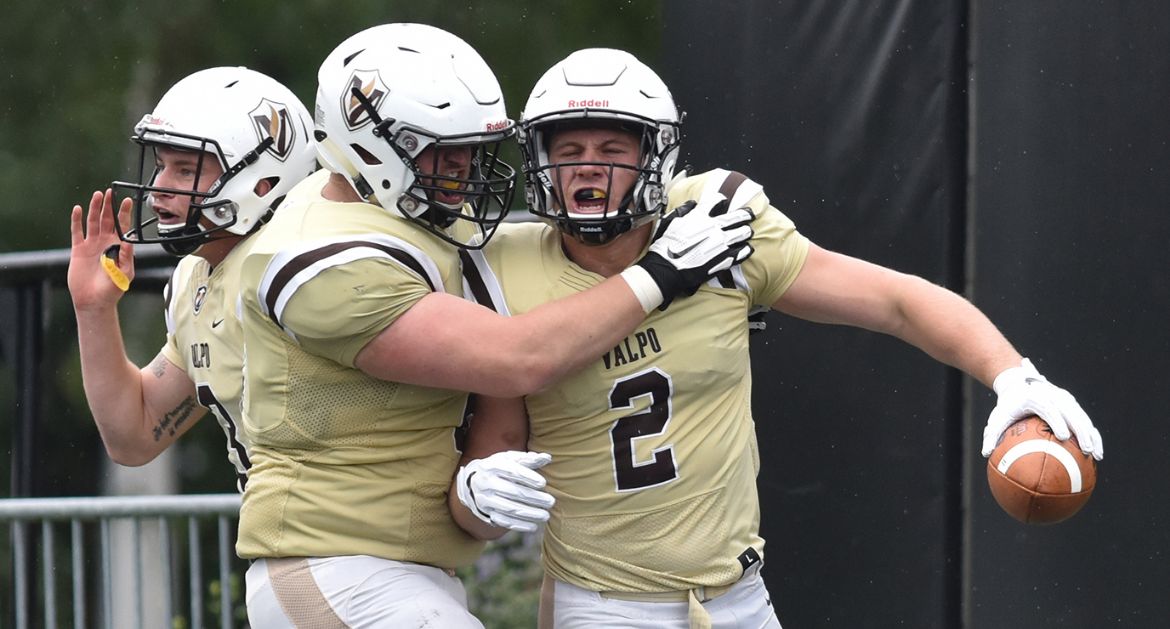 The Valparaiso University football team knocked on the door of a signature season-opening win on Saturday afternoon at Rooney Field in Pittsburgh, taking scholarship foe Duquesne down to the wire in a 23-21 defeat. Valpo flashed a multitude of weapons on offense while making big plays on defense against a strong Dukes team that led the NEC in total offense last season.

Thoughts on the Game: “There’s no question that we’re encouraged by a lot of what we saw today, but we’re also frustrated. It was our first game of the season. We have a mostly veteran group of guys, but there were a few first-game mistakes that cost us. Critical penalties at critical times in the game cost us on both sides of the ball. That stymied our opportunity to garner momentum.”

On Chris Duncan: “I’m very proud of the way Chris played. He played well enough for us to win this football game. He did what we asked him to do. He made veterans reads and great scrambles. He didn’t turn the football over despite the slippery conditions. He did an outstanding job of protecting the football, and I’m very proud of that. I know he’s only going to continue to get better.”

On Receiving Options: “As we expected, it was an ensemble cast. There’s not one guy who teams are going to be able to focus on stopping. Mason Sutter stepped up and made some big catches. Griffin Norberg always seems to make a big play when we need one. Jean Rene, Parker Fox and Bailey Gessinger made plays, as did other guys. That’s a real testament to the development of our recruiting. We’re not just bringing one or two guys who you can hang your hat on, we have depth to distribute the ball to different playmakers.”

On Christian Campbell: “It was really good to see him back in uniform. I’m proud to have him back at Valpo. He’s faced adversity and it was awesome to see him step up and make a key play.”

Valpo faces another tough test as scholarship opponent Youngstown State is next on the docket. The game will kick off at 1 p.m. next Saturday in Youngstown, Ohio and will be broadcast on ESPN+, while 95.1 FM Valparaiso will have the hometown radio call.