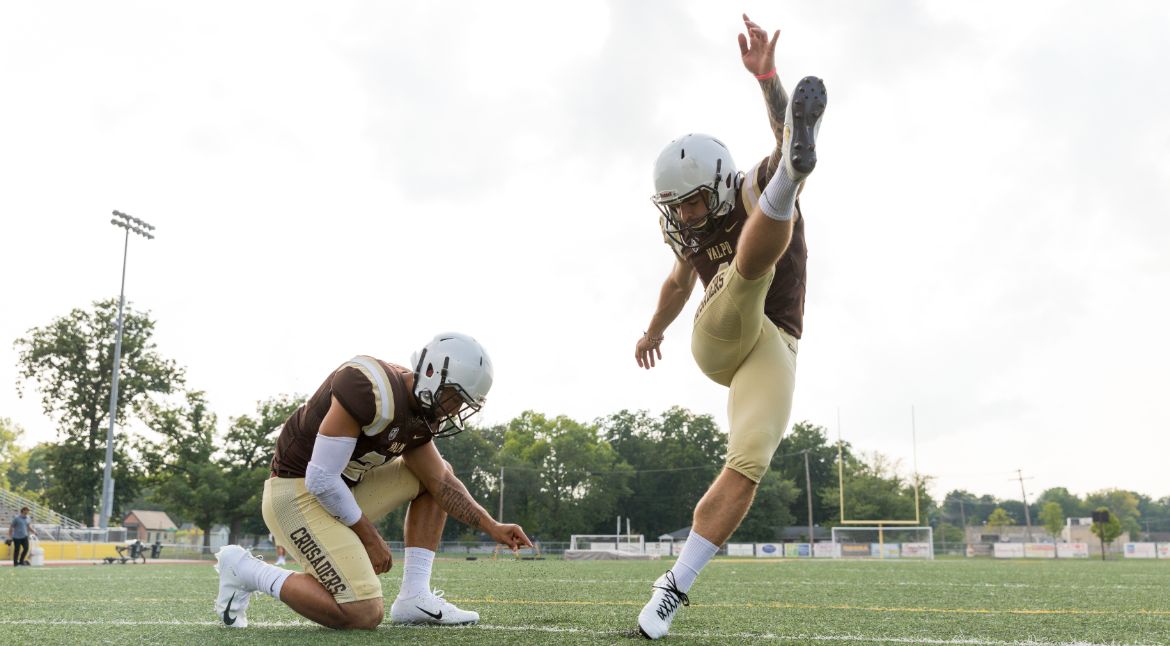 Senior Dimitrios Latsonas (Westmont, Ill. / Westmont) connected twice from longer than 40 yards in the second quarter of Saturday’s game, but that was the extent of the scoring for the Valparaiso University football team in a 35-6 defeat to Drake in the Pioneer Football League opener. Fifth-year senior Nick Turner (Gurnee, Ill. / Warren Township) was again the team’s leading tackler, racking up 10 including 3.5 tackles for a loss.

Valpo (0-5, 0-1 PFL) will face off with head coach Landon Fox’s former team as the University of Dayton makes its way to Brown Field next week. The kickoff is slated for 1 p.m. on Saturday with the game broadcast available on ESPN+.