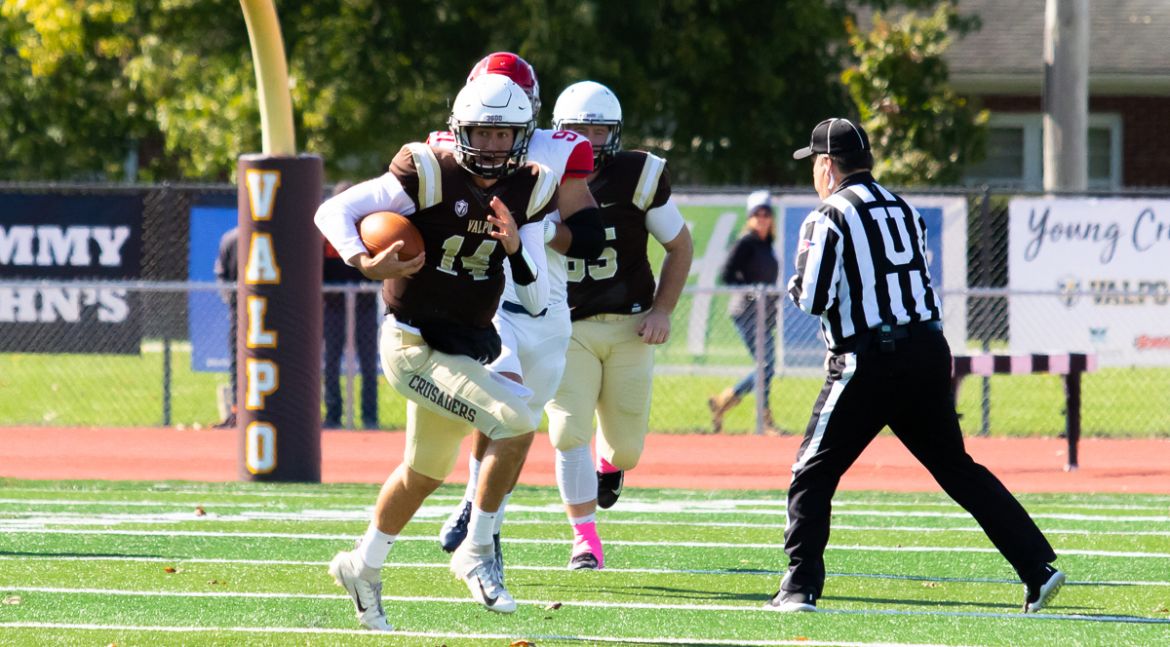 The Valparaiso University football team had its best rushing performance in seven years on Saturday, racking up 299 yards on the ground in a 41-28 defeat to Pioneer Football League powerhouse Dayton at Brown Field. Quarterback Chris Duncan (Woodland Hills, Calif. / Woodland Hills-Taft) had his most productive day of the year, highlighting the reunion game between head coach Landon Fox and his former colleagues at Dayton.

“We won the kicking game, which is something we talk about all of the time. We were able to move the ball on offense, but we did talk after the game about improving our ability to score in the red zone. We feel that we should have scored 42 to 49 points with the red-zone chances we had. That’s the disappointing thing. Defensively, we’ve got to be able to get off the field on third down. We forced them into eight third downs, but they were 5-of-8. If you can’t get off the field on third down against a good team, you’re going to struggle to stop them. They have a lot of weapons. That’s a little disappointing. As coaches, we can do a better job of putting our guys in positions to make plays. That’s my job, especially on the defensive side of the ball. We’ll look at the film and get better, which is something we’ve done each week and we expect that improvement to continue going forward.”

Valpo (0-6, 0-2 PFL) will hit the road to battle defending PFL champion San Diego next week. The game will kick off at 4 p.m. CT on the WCC Network and on 95.1 FM Valparaiso – WVUR. Links to live coverage will be available on ValpoAthletics.com.