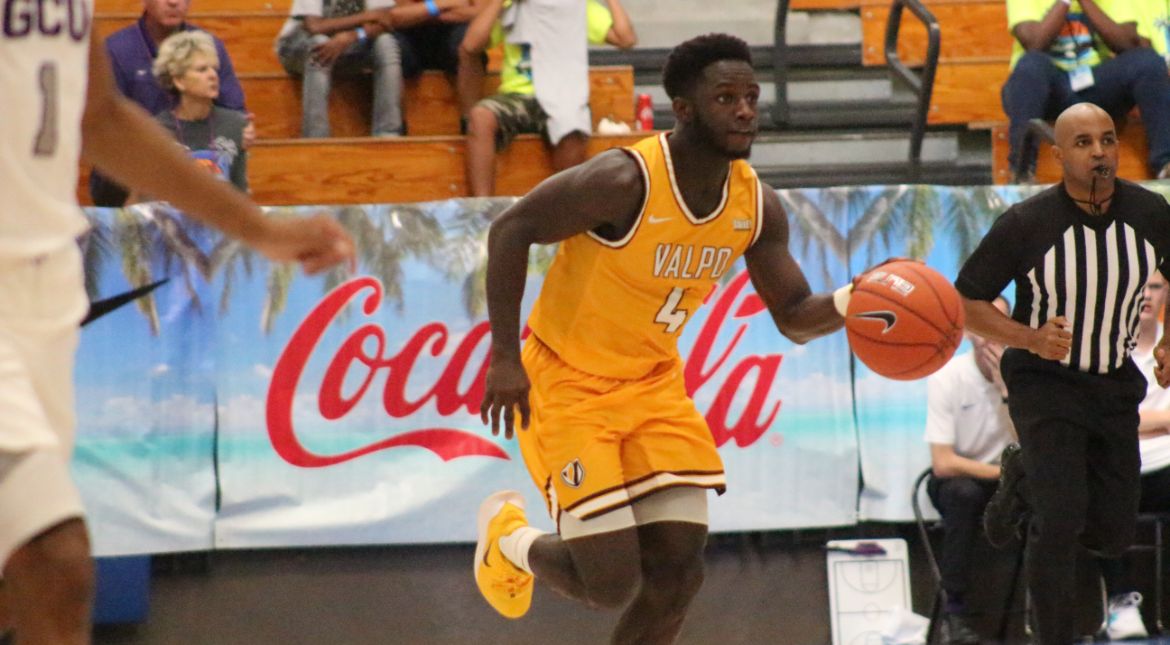 The Valparaiso University men’s basketball team continued to find ways to win on Friday afternoon in the opening game of the Paradise Jam at the Sports and Fitness Center on the campus of the University of the Virgin Islands, beating a quality Grand Canyon team 78-74 in an entertaining affair. Four starters finished in double figures to help Valpo hold the last lead in a game that featured 18 lead changes. Daniel Sackey (Winnipeg, Manitoba, Canada / Thornlea) entered the game with a season free-throw percentage of just 53.8, but he calmly swished in four free throws down the stretch that allowed the Brown & Gold to clinch the team’s fourth win in five games.

Valpo (4-1) advances to a Paradise Jam semifinal against Nevada that will tip off at 4:30 p.m. Central Time on Sunday in the U.S. Virgin Islands. The game will be broadcast on FloHoops with Danny Lee and Kevin Lehman, on 95.1 FM Valparaiso WVUR with Todd Ickow and Brandon Vickrey and links to all coverage will be posted on ValpoAthletics.com.