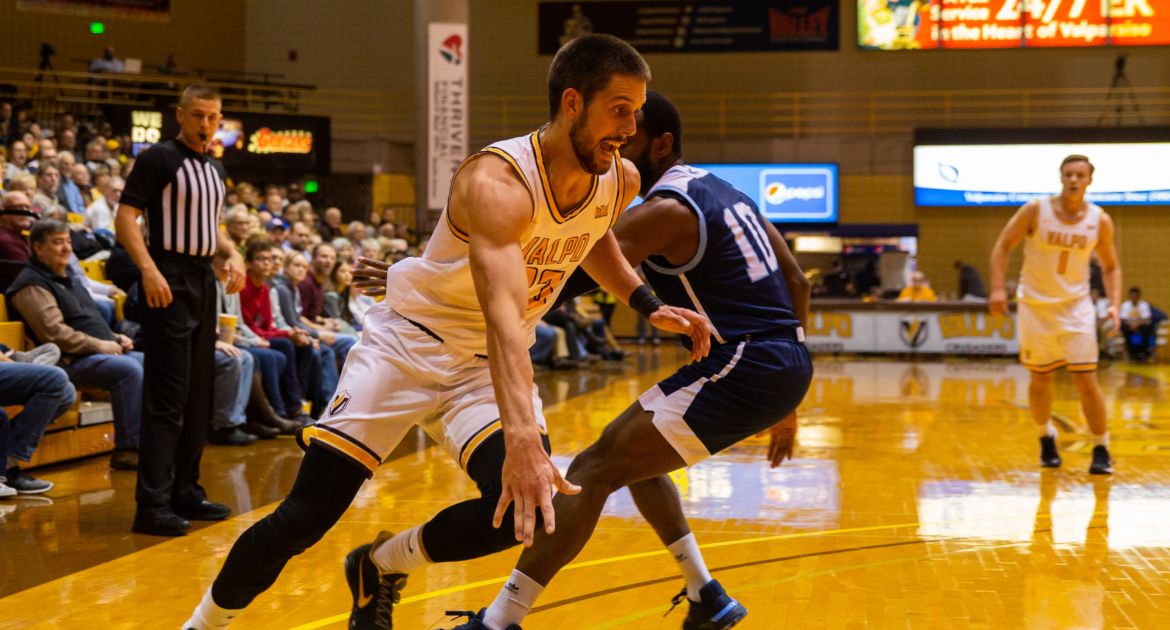 John Kiser was a point and a rebound away from a double-double on Tuesday.
Valparaiso at Southern Ill. | January 07, 2020

The Valparaiso University men’s basketball team incurred a 63-50 setback on Tuesday night at Southern Illinois, splitting a two-game Missouri Valley Conference road trip. Southern Illinois freshman star Marcus Domask scored 21 points on 8-of-8 shooting in the first half alone, spurring the hosts to victory at the Banterra Center in Carbondale. Valpo’s top performance came courtesy of senior John Kiser (Noblesville, Ind. / Noblesville), who equaled career bests in points and rebounds with nine of each. Another Valpo highlight was a dunk by sophomore Javon Freeman-Liberty (Chicago, Ill. / Whitney Young) that would later appear on SportsCenter’s Top 10 plays.

Valpo (8-8, 1-2) will be back on its home court to welcome Drake for a 3 p.m. start on Saturday afternoon at the Athletics-Recreation Center. The game will be broadcast on ESPN3 with coverage links available on ValpoAthletics.com.