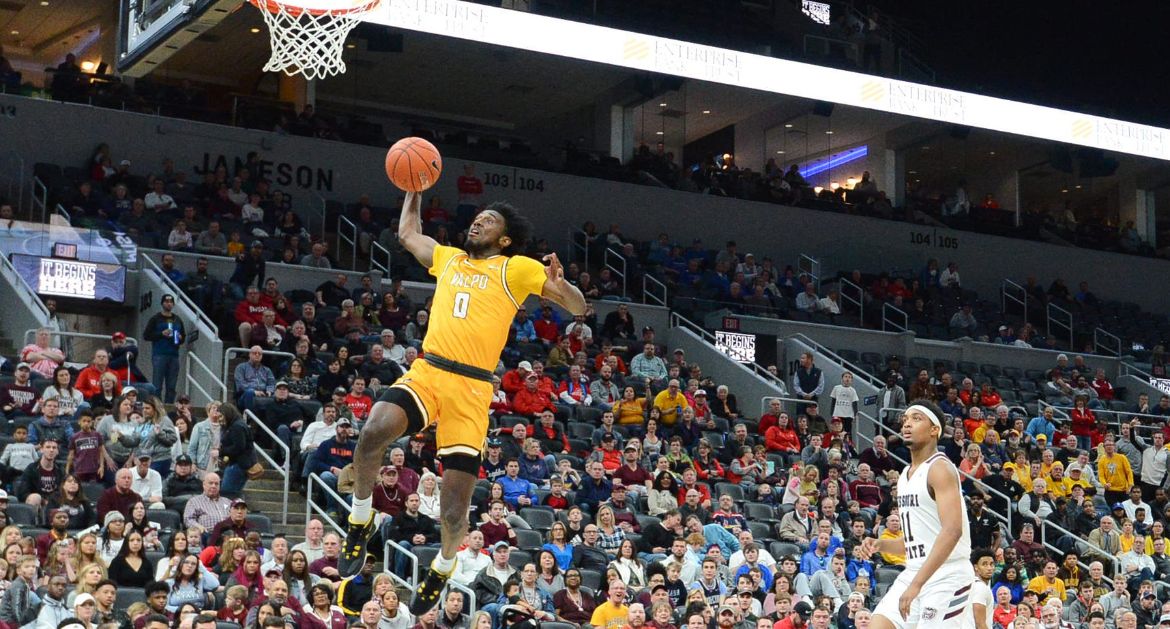 The league’s second leading scorer was coming off a bout with mononucleosis and a pair of single-figure scoring games to start the MVC Tournament, but none of that mattered on Saturday night. The star sophomore’s 29 points helped Valpo to an 89-82 win over Missouri State, cementing the team’s place in Sunday’s MVC title game. Senior John Kiser (Noblesville, Ind. / Noblesville) had his second straight career night, helping his team earn the right to play for an automatic NCAA Tournament berth on Sunday.

Valpo (19-15, 9-9) will take on Bradley for the Missouri Valley Conference crown on Sunday at 1:10 p.m. The national TV broadcast will be available coast-to-coast on CBS with Kevin Harlan and Dan Bonner on the call. Links to live audio and stats are available on ValpoAthletics.com. The winner of the game will receive the conference’s automatic berth to the NCAA Tournament.