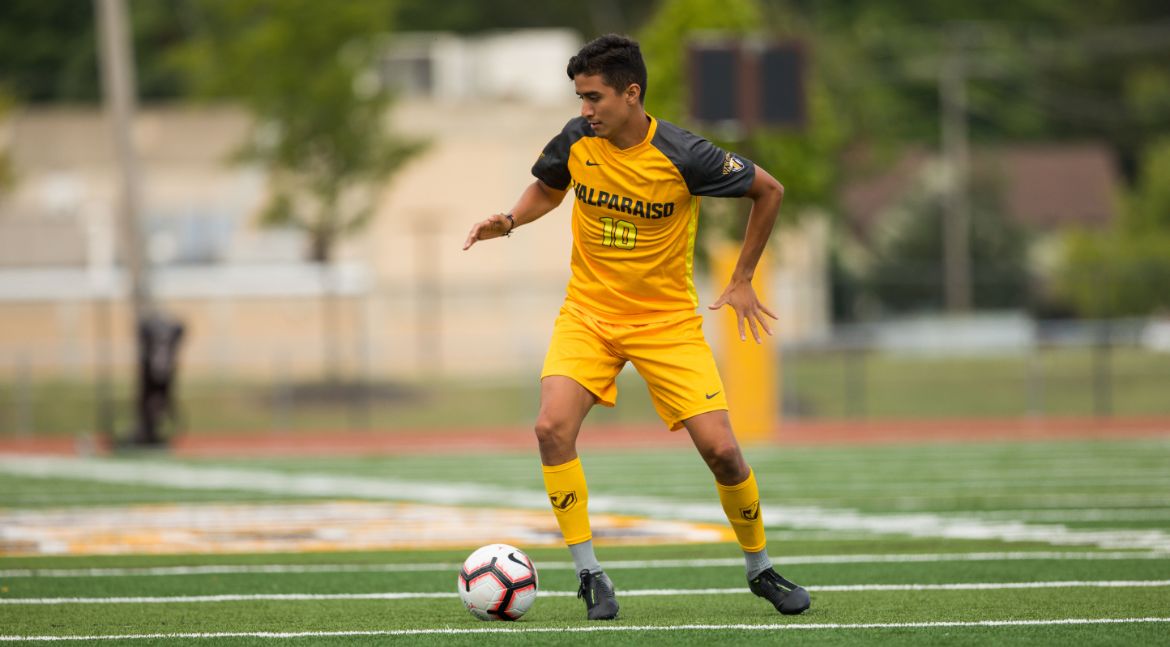 Adan Garcia returned to his hometown of Dallas for Friday's game.
Valparaiso at SMU | September 13, 2019

“We looked a bit like we spent two full days on the bus before playing an undefeated, legitimate Top 25 team on the road. No hiding from it, SMU was very good tonight and after a 15-minute spell to start the game where we created some interesting chances, we collapsed. To be fair to them, SMU had some incredible finishes, but as I explained to the team just now, luck always finds the confident player who dares to try something special. We are a young team and our confidence is lacking right now, but I’m convinced we will grow up. It’s early, we’ve already been in some challenging environments and this trip is a monster. It’ll help us in the end, so we have no other choice but to just keep playing. Thankfully, we don’t have to wait too long.”

Valpo (1-2-1) will continue the lengthy road trip on Sunday night with a visit to Tulsa, Okla. to take on Oral Roberts. Kickoff is slated for 7 p.m. with a free video stream available on Stretch Internet courtesy of Oral Roberts. Links to live video and stats are available.