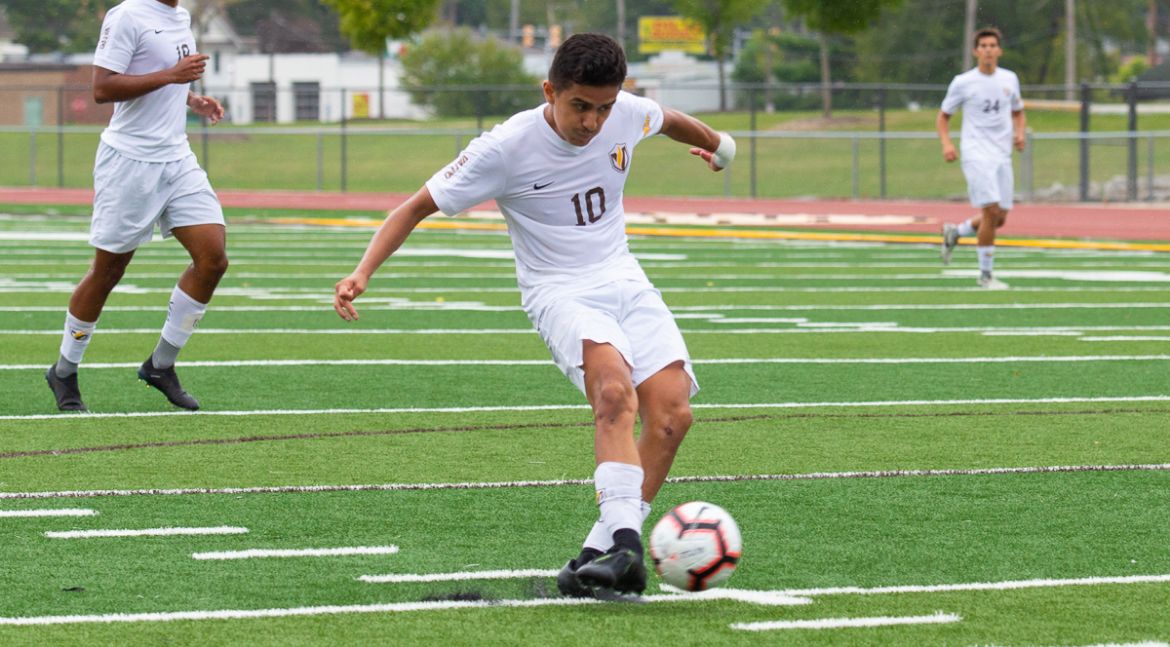 Adan Garcia scored his first goal of the season on Sunday, the game-winner in a comeback victory over Evansville.
Evansville at Valparaiso | September 22, 2019

The Valparaiso University men’s soccer team rallied from a goal down on Sunday afternoon, scoring twice in the final 15 minutes to top Evansville 2-1 at Brown Field. The victory allowed Valpo to move to 2-0-0 at home and register its first Missouri Valley Conference win of the year.

“It was a really important result for us today, and even though it wasn’t our cleanest soccer, it was a gritty performance. That was exactly what we needed. We missed a few players today who are regulars in the rotation due to some small injuries that they’ve picked up in this heavy stretch of games, so to get through this with a win while also getting those players some rest is very important.”

“It’s a quick turnaround again to face a good Drake side on Wednesday night, so we will enjoy this tonight and then get right back to work tomorrow.”

Valpo (2-4-1, 1-1-0) will continue a home week on Wednesday, when Drake comes to town for a 7:30 p.m. kickoff at Brown Field. It’s the program’s annual TOCO Benefit Night to raise awareness and funds for at-risk children in the Caribbean and the United States.