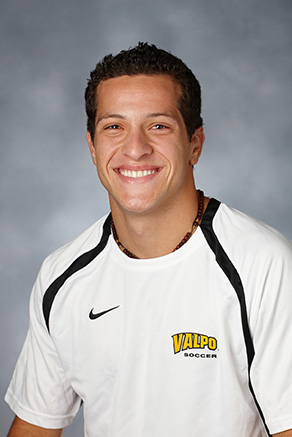 2008: Saw action in 15 contests in his first season at Valpo, starting on 12 occasions … one of two Crusaders to earn Horizon League All-Newcomer Team accolades … a solid presence in the midfield for Valpo all season long … scored his first goal at the Division I level Sept. 28 against Wright State … assisted on opening goal of 2-2 tie versus Milwaukee on Sept. 26 … also registered a helper in 3-0 victory over Detroit Nov. 2 … fired 22 shots on the season, including a year-high four against the Raiders … put ten of his shots on goal.

Personal:  Rodolfo is the son of Luis and Marilze Lucas ... major is international business with a Spanish minor ... born January 10, 1988.