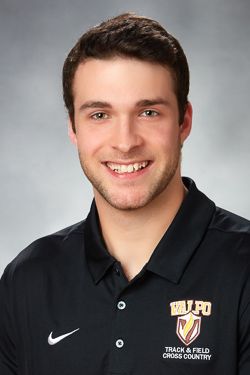 Byrum Louco joined the Crusader track and field coaching staff in 2017-18 as a graduate assistant.

A 2015 graduate of Waynesburg University in Pennsylvania with a degree in marketing, Louco excelled on the track. He was a four-time national qualifier in the 400m hurdles and two-time MVP of the President’s Athletic Conference. He holds the fastest time in school history in the indoor 400m run at 51.23 and was a member of the school’s best 4x400m relay (3:29.29).

Louco also played four years of basketball at Waynesburg, where he started 29 games as a senior, averaging 5.4 points per game. He led the squad with 41 steals in his final campaign and averaged 6.8 points per game in 25 starts his junior season.