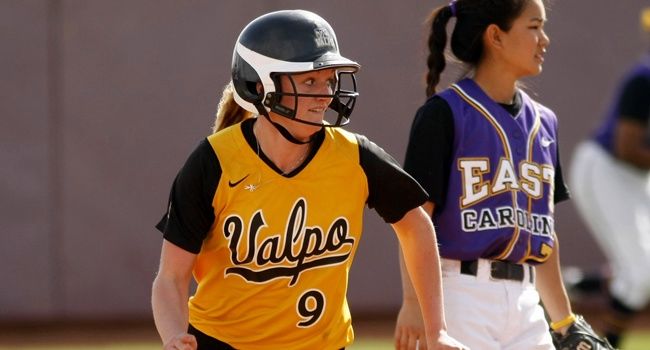 Marinec kicked off the week with a 3-for-4 effort in the Crusaders’ win at New Mexico State last Tuesday, scoring two runs and driving in a run with a solo homer.  It marked the first of three straight games that Marinec hit a home run, as the sophomore went yard in Valpo’s opener versus New Mexico State at the Diamond Devil Invitational and then hit a four-bagger against host #5 Arizona State, the second time in her career that Marinec has hit a home run against a top-five opponent.  She also hit a home run in the Crusaders’ game against Pacific.

On the week, Marinec went 8-for-19 (.421) with six runs scored and five RBIs.  Thanks to her four home runs, which matched her career home run total, Marinec ended the week with a slugging percentage of 1.053.  Marinec and the rest of the Crusaders return to action Friday at the San Diego Classic II.