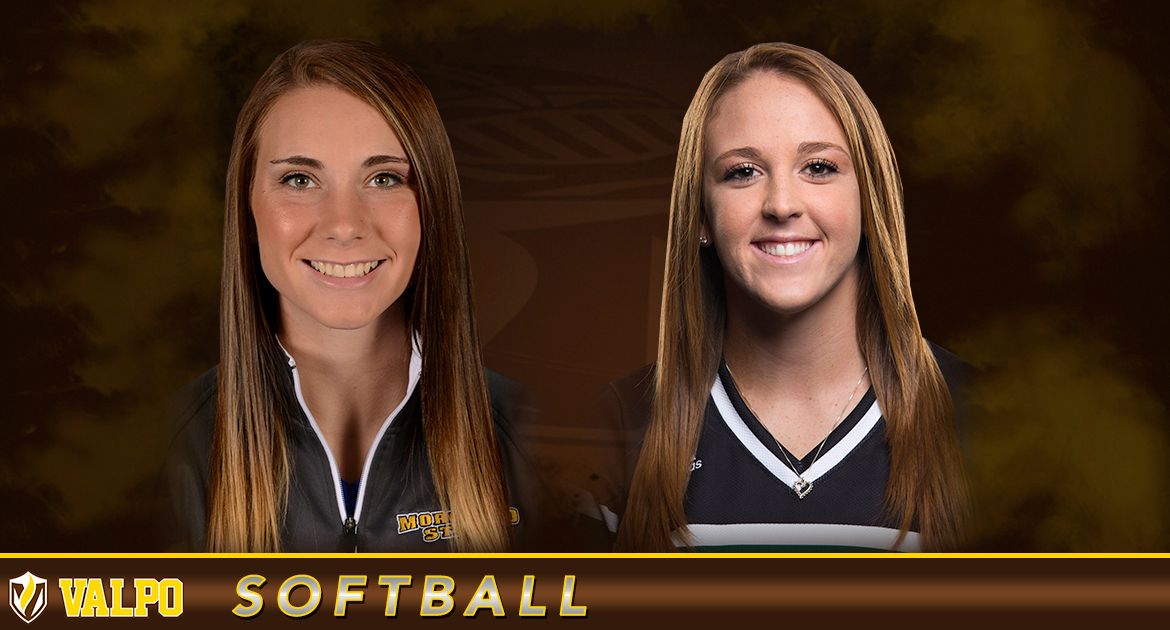 Valparaiso University softball head coach Kate Stake announced today that a pair of transfer student-athletes have agreed to join the Crusader softball program. Pitcher Mackenzie Grossmann comes to Valpo after spending two seasons at Morehead State, while infielder Jaymee Lawton joins the Crusaders after playing her freshman year at Utah Valley. Both Grossmann and Lawton will be immediately eligible to play for the defending Horizon League champions in 2017.

Grossmann was a workhorse in the circle for Morehead State in her two seasons with the Eagles, making 60 appearances, including 49 starts. A preseason All-OVC pick entering the 2016 season, Grossmann earned 21 victories over the last two years, posting a 3.02 ERA and striking out 200 batters while allowing opponents to hit just .237 against her. Prior to arriving at Morehead State, the Perry, Mo. native was a two-time All-State honoree for Mark Twain H.S., receiving Second Team honors as a junior before earning First Team accolades as a senior.

“Kenzie brings solid experience in the circle to our program,” said Stake. “She rounds out our pitching staff with a look that we didn’t have before adding her. She also boasts a work ethic, both on and off the field, which will challenge everyone around her to be better.”

Lawton appeared in 37 games as a freshman for Utah Valley, making 18 starts as she split time between second base and the DP spot, hitting .222 with seven runs scored and four RBIs. A native of Goodyear, Ariz., Lawton was a prep standout at Desert Edge H.S., hitting better than .600 in two seasons of action with the Scorpions. She was named an Honorable Mention All-State selection and also earned sectional Player of the Year honors.

“Jaymee comes highly recommended to us from past coaches and teammates,” said Stake. “She is a hard-working and positive person who will contribute immediately to our program’s culture. Her addition to the program adds versatility and depth to both our infield and our batting lineup.”