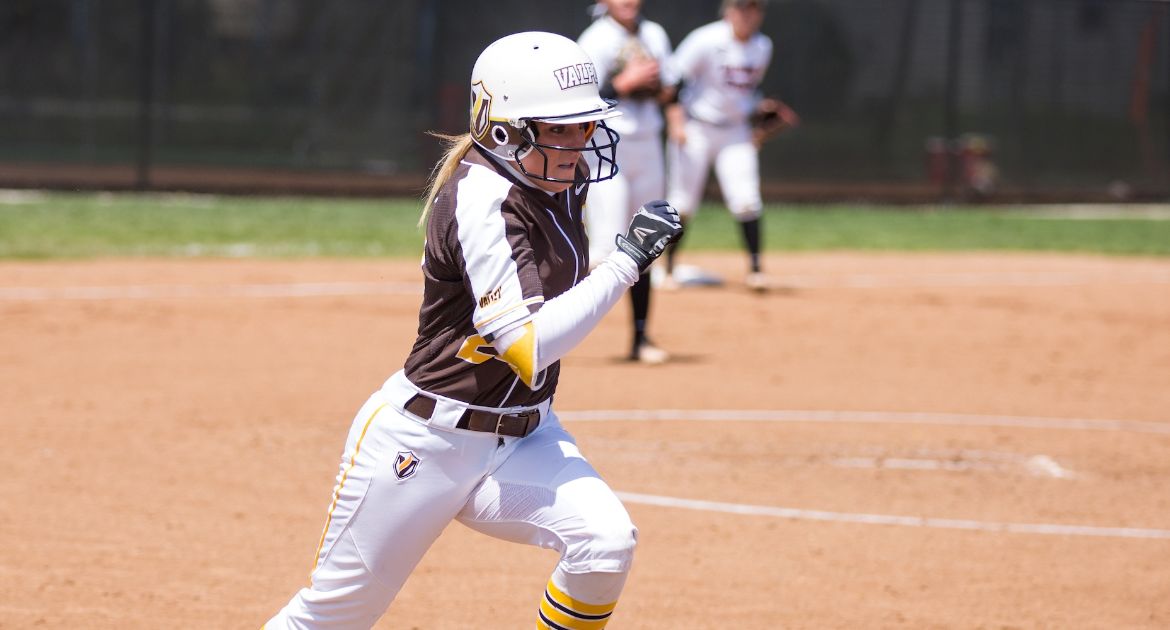 It’s rather ironic that, playing on Leap Day for the first time in program history, it was the walk which was the big weapon for the Valpo softball team on Saturday. The Brown and Gold drew a school-record 12 walks in their 11-8 victory over Bethune-Cookman, with sophomore Peyton Moeder (Shawnee, Kan./Mill Valley) matching the program’s individual single-game record with four free passes. The win over the Wildcats ensured a split on the day for Valpo as it opened action at the Stetson Invitational, as Valpo dropped its first game of the day to Colgate, 4-1.

How It Happened – Colgate

How It Happened – Bethune-Cookman

Valpo (6-6) closes out the Stetson Invitational on Sunday with a matchup against the host Hatters at 11 a.m. CT. Live video and stats will be available via ValpoAthletics.com.